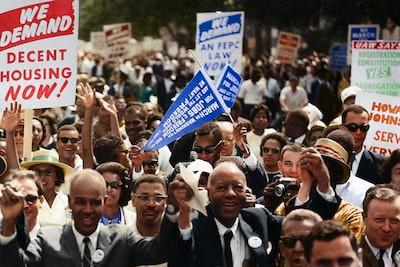 What are your consumer rights?

Your consumer rights protect you when you buy goods and services. This means you have rights by law, which a shop or service provider can't change.

This should be taught at school - everyone should know their basic statutory rights. Know these and you can enforce fair treatment. It's so crucial, you should actually memorise it. Our mnemonic is to call them your SAD FART rights. When you buy goods they must be...

This applies even if you buy things in a sale or with a discount voucher. Frankly, every customer-facing member of staff should be taught these rules before they're allowed to work. Yet as they're not, we need to be polite and persistent in quoting the rights.

Satisfactory quality is harder to define. The law says "satisfactory" is what a reasonable  person would be happy with, looking at all of the information easily available to you, such as its price and condition. See more later on second-hand goods .

But what's reasonable ? Now there's a question lawyers have rowed about for years and there's no set answer.

In a legal context and in a dispute with a shop, it means goods must be in a state that you, or any other normal, reasonable person would think was reasonable. Easy, eh?

Certainly if you bought an expensive music player and the sound was virtually inaudible, most people would almost certainly say it wasn't satisfactory. But let's say you bought a cheap garden trampoline, where you could bounce on it, but it moved around as it wouldn't bed into the soil. Would that be satisfactory?

Ultimately if you and the shop couldn't resolve it, you'd need to take it to court for a judge to decide. But hopefully, it wouldn't get that far.

This means stuff must work and not fall to bits after an hour's use. This might sound pretty basic common sense, but without it, you can find yourself exposed.

Say you buy some new car headlights without checking which car they're for – if you get the wrong ones, that doesn't make them faulty.

Yet if you get them having asked the shopkeeper if they'd work in your car – even though the box didn't say yes or no – then they aren't 'fit for purpose' and you can get your money back.

The Psychology Behind Why People Buy Luxury Goods

The Spectrum of Financial Dependence and Independence

How Is Cryptocurrency Taxed? | Binance Academy