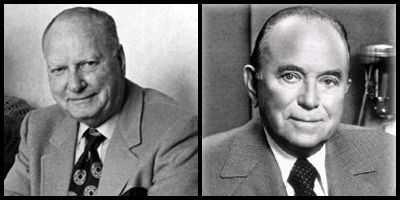 Moving from entertainment to food service

The McDonald brothers' theatre faltered during the lean years of the Depression, leaving the brothers always behind on their bills. In 1937, they sold the theatre and moved from entertainment to food service.

They made an open-air food stand and served fresh orange drinks and hot dogs in close proximity to a flying field. The venture was successful enough that they opened two more stands.

The The McDonald brothers entertained a dream of a new establishment they'd call the Dimer but rejected the idea as too Depression-era. They were certain the future involved appealing to drivers.

After many rejections, the entrepreneurs secured a loan of $5,000, this time putting their surname on their roadside restaurant, followed by the featured menu item of "McDonald's Barbeque."

The beginning of popular McDonalds

Following the enterprising family of Levitt that applied Ford's Model T-like assembly-line logic to building homes on New York's Long Island, the McDonald brothers decided to mimic this mentality in the preparation and serving of food.

Four months in, a turnaround occurred for no particular reason. Profits soon soared to $100,000 a year. The quality of food was not the main draw except, perhaps, for the crispy fresh potatoes.

Copycats arrived to study the operation in action. The details the imitators couldn't see, Dick and Mac shared cheerily. In 1952, the brothers ran an ad announcing that their "revolutionary development in the restaurant industry" was now available for sale to interested parties.

McDonald's as a franchise

Instead of just paying a visit and stealing the idea, the more honest plunked down a $950 franchise fee for the formula. The first in line wanted to use McDonald's name of the stand he intended to build, saying he thought their name "lucky." He got an operating manual for his money, a counterman on loan for a week, and an architectural blueprint from which to build the restaurant.

A dairy supplier, hoping to encourage sales of ice cream, offered to replicate McDonald's nationwide. The brothers ultimately refused. They were happy with just selling the manual and blueprints.

How fast food reveals secrets of the economy

Plastic To-Go Containers Are Bad, but Are the Alternatives Any Better? | Civil Eats