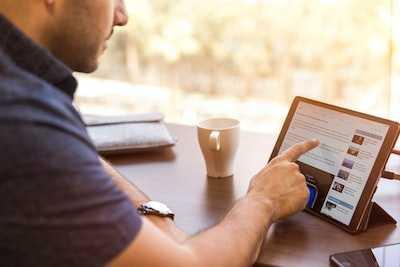 Age Of The Internet

Can Memes Be Compared To Art?

The Dadaism movement was a movement of art that expressed the early idea that the world is without centralized reason, but rather, it is irrational and absurd.

In 1917, Marcel Duchamp associated with Dadaism created an art piece called "Fountain", which was just a urinal he purchased. At first, it was rejected when he attempted to exhibit it as art, but later, it would be accepted and redeemed as an ingenious and highly influential piece of its time.

In this piece, Duchamp begged the question of what art could be, and whether or not it had to be made by the artist or if it could be merely a re-contextualization or addition to what already existed.

In similar respects to the Dadaism movement, the pop art movement in UK and US, made art out of simple everyday objects or famous figures found within culture.

Pop Art borrowed objects and people from any source, recontextualized them, and then distributed them as an accessible piece of art for everyone to take part on a mass scale, bridging the gap between high and low art, showcasing the wonder, value, humor, foolishness, and relatability that can be found and shared in everyday life.

What Are Memes, Actually?

Memes are an element of culture passed from person to person with the aim of conveying a particular phenomenon, theme, or meaning: specifically through the internet. They have emerged out of increasing internet use.

Today, meme formats come in and out of popularity as they travel across the internet and into culture. All memes remain fundamentally the same; an expression of ideas, experiences, and phenomena through media; just like art.

The Relevance Of Memes

Memes are another evolution of art that serves to satisfy our inherent and remaining human need to share, express, and derive connection from our problems, sadness's, experiences, idiosyncrasies, and perspectives in a world where it is increasingly hard to do so in traditional ways.

Like art movements of the past, memes are a reflection of the modern world's conditions. The use of internet and social media has rendered us wanting things faster, easier and more direct than ever. Instead of requiring artistic skill or interest in going to an art museum, memes merely require some amount of honesty, humor, and access to the internet.

Like art, memes can show us the absurdity and funniness of our existence and human experiences. And how similar we often are in even the simplest components of our daily life. Higher art is not replaced and continues to hold a mystique and aesthetic beauty that memes, of course lack entirely. However, every meme is a little window into today's world. An expression of anger, frustration, confusion, sadness, hope, and humor that reflect what is happening in the internet world that exists around it.

Just as how art of the past is looked and studied in order to understand the associated historical eras, this current internet age will almost certainly be studied and understood through websites, social media, youtube and memes.

What are now mostly seen as foolish jokes, videos, characters, images, or trends will, at some point, carry sociocultural insight into how the world responded when the internet first started to envelop life, and how we attempted to stay connected, reflective, and human.

In the future, everyone will be world-famous for fifteen minutes.

Existentialism & The Internet - Why We’re Getting More Anxious - YouTube