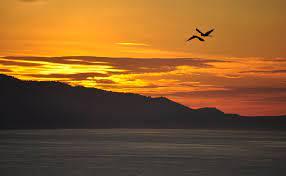 The early bird catches the worm and is way less melancholy about worm availability and options.

If you're just not a morning person, science says you may never be