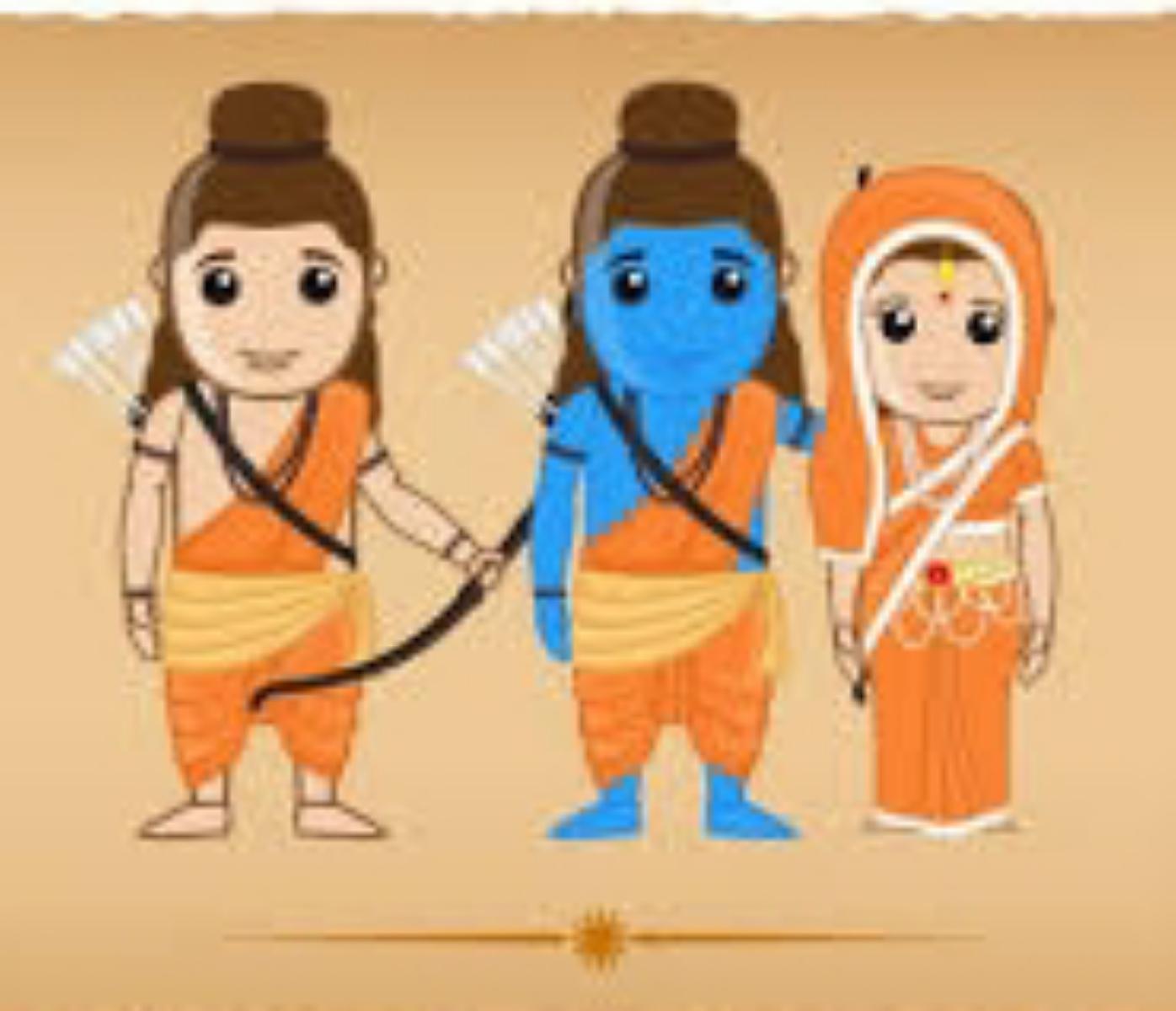 This is a short story when Ram was building a bridge with other to rescue Sita from Ravana (in Ramayana epic) and a small Squarrel came.

She helped him and he thanked the little creature.

To know the value of contribution whether it is small or big, continue the story.

To rescue Sita, Ram raises an army of animals and gets them to build a bridge across the sea to the island-kingdom of Lanka where Sita is being held captive by the rakshasa-king Ravan.

Bears serve as the architects.

Monkeys work on implementing the construction, carrying huge boulders and throwing them into the sea.

The work is tedious.

A new contributor comes in

Suddenly, there appears amongst them a tiny squirrel carrying a pebble.

The monkeys who see him laugh.

One even shoves the squirrel aside considering him an over-enthusiastic nuisance.

But when Ram glances at the squirrel, he is overwhelmed with gratitude.

He thanks the tiny creature for his immense contribution.

He brushes his fingers over the squirrel’s back to comfort him, giving rise to the stripes that can be seen even today, a sign of Ram’s acknowledgement of his contribution.

In terms of proportion, the squirrel’s contribution to the bridge is insignificant.

But it is the squirrel’s 100 per cent. The squirrel is under no obligation to help Ram, but he does, proactively, responsibly, expecting nothing in return.

Ram values the squirrel not for his percentage of contribution to the overall project but because he recognizes a yajaman (one who gives before taking).

A squirrel today, can be a Ram tomorrow.

Proportions or matra play a key role in Indian philosophy.

The scale of a problem has nothing to with the potential of the decision-maker.

How to be a Billionaire

The Richest Man in Babylon (English)

Wake Up and Get Rich