Ending on a sweet note:) - Deepstash

Ending on a sweet note:)

So next time you are planning to spend your holidays at a place loaded wth mixed cultures , beautiful handicrafts to buy , ample of historical monuments to visit and exotic mughal era cuisine , do ponder over Hyderabad. 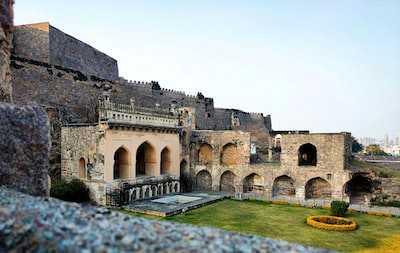 How Hyderabad got its name

The name Hyderabad means "Haydar's city" or "lion city", from haydar 'lion' and ābād 'city', after Caliph Ali Ibn Abi Talib, also known as Haydar because of his lion-like valour in battle.

The city was originally called Baghnagar "city of gardens", and later acquired the name Hyderabad.

One popular legend suggests that the founder of the city, Muhammad Quli Qutb Shah, named it Bhagya-nagar after Bhagmati, a local nautch (dancing) girl whom he married. She converted to Islam and adopted the title Hyder Mahal. The city would have been named Hyderabad in her honou

Hyderabad - "the city of pearls" and other economic importance

Hyderabadi cuisine comprises a broad repertoire of rice, wheat and meat dishes and the skilled use of various spices .Hyderabad is listed by UNESCO as a creative city of gastronomy.The Hyderabadi biryani and Hyderabadi haleem with their blend of Mughlai and Arab cuisines carry the national Geographical Indications tag. Hyderabadi cuisine is influenced to some extent by French but more by Arabic, Turkish, Iranian and native Telugu and Marathwada cuisines. Popular native dishes include nihari, chakna, baghara baingan and the desserts qubani ka meetha, double ka meetha and kaddu ki kheer.

The art culture of Hyderabad

The region is well known for its Golconda and Hyderabad painting styles which are branches of Deccan paintingA significant use of luminous gold and white colours is generally found in the Golconda style.The Hyderabad style originated in the 17th century under the Nizams. Highly influenced by Mughal painting, this style makes use of bright colours and mostly depicts regional landscape, culture, costumes and jewellery.

Another example of a handicraft drawn to Hyderabad is Kalamkari, a hand-painted or block-printed cotton textile that comes from cities in Andhra Pradesh.

Varanasi , also known as Benares, is a city on the banks of the river Ganges in Uttar Pradesh , India. A major religious hub in India, it is the holiest of the seven sacred cities (Sapta Puri) in Hinduism and Jainism, and played an important role in the development of Buddhism and Ravidassia.

Jaisalmer - the Golden city of India

Situated in the Indian State of Rajasthan , The town stands on a ridge of yellowish sandstone and is crowned by the ancient Jaisalmer Fort. This fort contains a royal palace and several ornate Jain temples. The town lies in the heart of the Thar Desert (the Great Indian Desert)

Biryani - a bowl of happiness