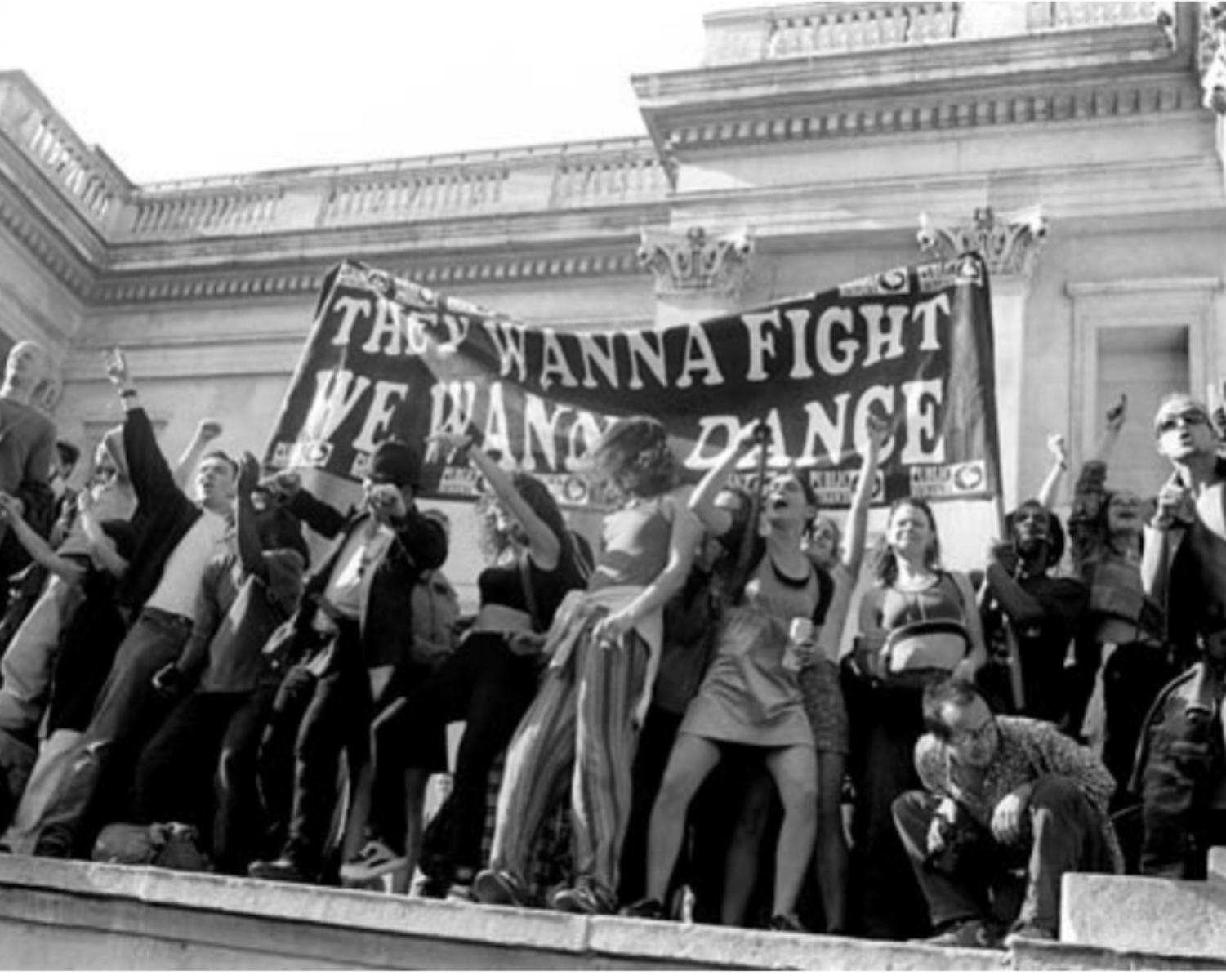 In 1994 the British government introduced section 63 of the criminal justice act, which made raves as we knew them, impossible. We protested. Notice the vast reduction in football violence and the unique environment. Nobody had to worry about drinks being spiked and we didn't think twice, about going home with people we had known for a few hours.

So raves went legit. Moving indoors. But there was a separation of sorts. With the nicer clubs acquiring their style of music, and the rest making do.

Apparently the dangers from the type of ecstasy we consumed with gusto, was vastly underestimated.

In the late 80s, British tourists returning from the Balaeraics, brought back a very special souvenir. Acid house music played on huge sound systems, with a dazzling laser show and Ecstasy.

Catching fear in a bottle

Could we live in a world without rules?