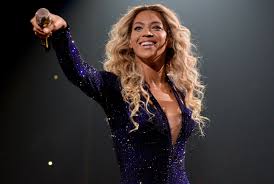 6 Inspiring Life Lessons We All Need to Learn, Courtesy of Beyoncé

When I’m not feeling my best I ask myself, ‘What are you gonna do about it?’ I use the negativity to fuel the transformation into a better me<

After dropping her black empowerment anthem “Formation,” the pop star is preparing to embark for her first world tour since 2014.

The world tour will be yet another addition to the superstar’s already-impressive CV, which includes five solo albums, 20 Grammy Awards and 53 nominations, a net worth of $250 million in 2015, and serving as the founder, president, and CEO of her own company, Parkwood Entertainment.

Two Unhelpful Ways Of Dealing With The Album Lemonade

On one hand there are men that get offended by the album as if a woman behaving unexpectedly is a direct threat to them.

On the other hand, there are men that celebrate the album and the strength it talks about without understanding how, as men, they can make this strength unnecessary by treating women better.

“What people don’t see is the sacrifice.”