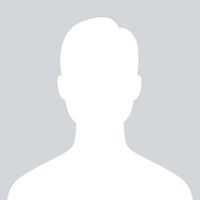 I'm not saying introverts should never push themselves to attend social events that they're not really feeling up for going to, and I'm by no means saying that introverts should never step outside of their comfort zones, either. Actually, studies show that pushing yourself to act more outgoing once in a while is good for everyone — whether you're an introvert or not. However, part of finding happiness as an introvert is accepting that you're an introvert, and then celebrating all the reasons why that's awesome.

The whole reason introverts can't seem to keep up with the social lives of extroverts is that the over-stimulation and near-constant social activity that extroverts thrive off of is exactly what usually stresses introverts out.

So if you're not feeling a party, leave it. If you'd rather have a deep conversation with one or two people at a party instead of working the room with surface chit chat, do it! You'll feel happier, and it's a much healthier option than trying to be someone you're not.

I've certainly been guilty of this one myself. Of course, part of my reasoning for this comes from my fear that pissing off my server will lead them to somehow negatively impact my experience at the restaurant; but it's also just because, as an introvert, I hate confrontation.

To be fair, I don't think anyone really enjoys confrontation, unless they're just super toxic. But since introverts usually have a difficult time speaking up in the first place, confrontation can be extra hard for us. If this is the case for you, I get it. But that doesn't mean it's healthy for you to go through life keeping your mouth shut. Don't allow yourself to be so afraid of causing a scene that you don't ask for what you need — whether that's a vegan burger instead of an all-beef one, or a raise, or better sex.

Take it from someone who's been there: you never need to become so self-conscious about being an introvert that you don't act on your already-rare desires to socialize in group settings. I know it's hard sometimes, but just be your weird, awkward, introverted yourself! Not that this really matters, but chances are, the outgoing extroverts you meet will probably find your quirkiness more endearing than off-putting anyway. Or, they simply won't give your unique brand of introversion a second thought, because they'll be too busy being extroverted.

5 Signs You're Fighting Your Introverted Nature