The Great Eight - Deepstash
Explore
Get Pro
For Teams

What Were the G8 Countries?

What Were the G8 Countries? 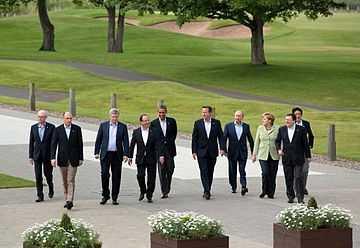 The G8 summit or the Group of Eight is the annual meeting of the world's top economic leaders, happening since 1973. In 2013 it became the G7 due to the removal of Russia, due to their invasion of Crimea.

The G8 is more like a club of the world's most powerful people, where the leader of the group changes annually, and there is no legal or political authority.

The Original Eight countries are the US, Canada, France, Germany, Italy, Japan, Russia and the UK.

Origins Of The G8

Originally called the G6, the first summit took place in France in 1975 and added Canada a year later to become G7. Russia was added in the year 1997.

There were various informal group meetings in the 70s, discussing serious concerns, like the mid-east oil crisis.

The G8 also acted as a planning and discussion forum for the bigger G20 event, which was formed in 1999 and added Argentina, Australia, Brazil, China, India, Indonesia, Mexico, Saudi Arabia, South Africa, South Korea, Turkey, and the EU to the existing list of countries.

The G8 is starting to look irrelevant after the formation of the G20, which proved its worth by handling crucial issues like the 2008 economic crisis. To remain relevant and useful, the G8 should address problems that affect developing nations.