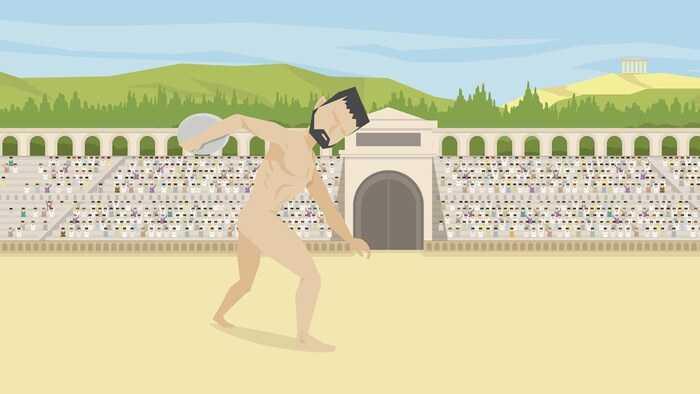 Phayllos of Croton, athlete and military hero, won three victories at the Pythian Games, although it is unclear what he won at Olympia.

He reportedly jumped over the entire 15.2m sandpit at the long jump competition, registering 16.2m. It is physically impossible to jump that far (the men's long jump world record is 8.95m), but since the exact distance was recorded in Antiquity, some think ancient athletes competed in the triple jump. However, scholars believe the distance was exaggerated. 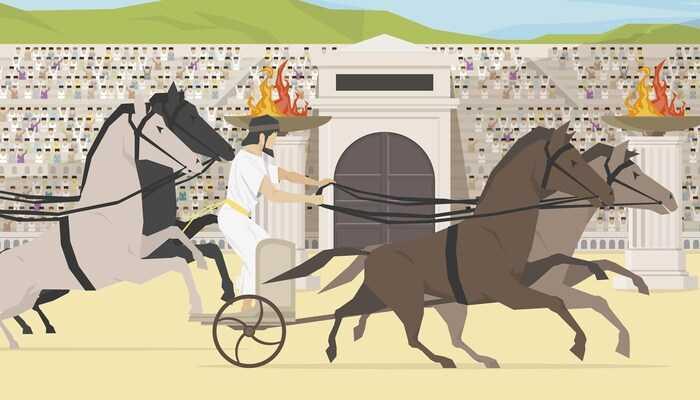 Kyniska of Sparta won the four-horse race in 396BC and 392BC.

From an early age, the daughter of the king of Sparta wanted to partake in the Games. Despite women not being allowed to compete, custom permitted the owner of a chariot to do so, allowing Kyniska to set the way for female owners. She won 12 Olympic wreaths by the end of the Games.

Milon of Croton was a six-time Olympic champion. He was a huge, greedy person. As part of a sacrifice during each Game, Milon carried a cow on his back into the sanctuary, killed it and ate the whole cow in one day. He reportedly once downed nine litres of red wine in one go.

His life ended unexpectedly. While trying to split open a withered tree stump in the wild with his bare hands, he got tangled in the tree and was eaten by wolves.

Diagoras of Rhodes was the winner in the 79th Olympiad in 464BC. He was 2.2m tall and thought to be the son of a god. He never swayed out of the way of his opponent's punches.

Diagoras died on the same day that his sons won their own Olympic titles. First, his one son claimed the boxing title and then the other the pankration crown. When the crowd lifted the old champion on their shoulders, one in the group shouted, "It doesn't get better than this. You may as well die now." Which he did.

Pankration -a combination of wrestling and boxing

Theagenes of Thasos was one of the most praised athletes in antiquity. He won the 76th Olympiad in 476BC.

Born to a priest of the temple of Herakles, this giant of a man competed in ancient Games across the Mediterranean and won over 1,400 times. The people of Thasos believed Theagenes was the offspring of the god himself and erected a statue in his honour.

In four consecutive Games (164BC - 152BC), Leonidas of Rhodes won both sprints, the stadion and the diaulos, and the race in armour.

He was said to have "the speed of a god" and was deified in his own lifetime. No one ever matched his accomplishments.

The Privilege Of Being An Ancient Olympic Spectator

Being Greek meant two things: playing sports and going to the Olympic games, which was a fundamental mark of their culture.

Reaching Olympia was a humongous task as it involved a long journey covering the hostile territory. An Olympic truce in which people from enemy countries were allowed to pass through was effective though still filled with looming danger.

The date of the first Olympics contested

Based on records of stade-length races, the ancient Olympic games started in 776 B.C.E. But that era is not well-documented, so the actual date of the first Olympic Game is still contested.

The ancient Greeks told conflicting stories of the origins of the ancient Olympics. The stories were interlaced with mythology and history.