In 1906, American engineers decided to construct a lock canal and used the next three years developing construction facilities and dealing with tropical diseases in the area.

Construction of the 40-mile-long canal began in 1909, one of the largest construction projects of all time. The Panama Canal was opened on August 15, 1914. But Panama pushed to revoke the initial treaty. Finally, in 1977, a treaty was signed to turn the canal back over to Panama on December 31, 1999. 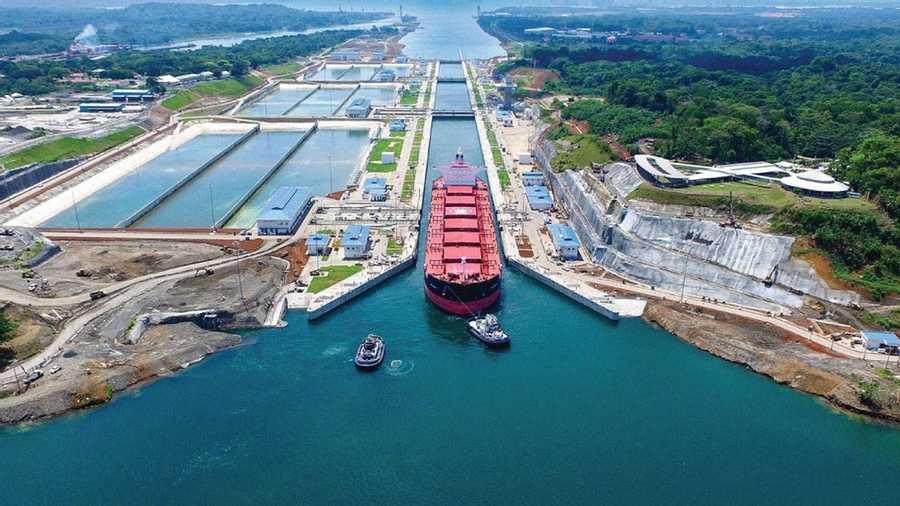 The need for the Panama Canal

In the mid 19th century, the rush of settlers to California and Oregon created an initial incentive to build an artificial waterway across the Isthmus of Panama, connecting the Atlantic and Pacific oceans.

Ferdinand de Lesseps, the French entrepreneur who completed the Suez Canal, was awarded the canal's rights. Construction started in 1881, but several setbacks led to the bankruptcy of Lesseps' company in 1889. Three years later a former chief engineer Philippe-Jean Bunau-Varilla acquired the assets of the company.

The U.S. gaining possession of the Panama Canal Zone

Panama was originally part of Colombia. But by the turn of the century, the United States wanted the sole possession of the isthmian canal to move warships and commerce between the Atlantic and Pacific oceans.

In 1902, the U.S. Congress authorised the purchase of the French canal company. This depended on a treaty with Colombia, who refused because they feared a loss of sovereignty. With the support of the U.S., the Panamanians declared independence from Colombia in 1903. This allowed the U.S. to sign a treaty with Panama, granting the U.S. possession of the Panama Canal Zone.

A brainchild of France, the metric system, or decimal-based measurement protocol, has not yet been adopted fully by many countries including the United States. This results in a different measurement unit for just about everything.

The U.S. Customary System is an inch-pound system having about 300 distinct units of measurement. A football field is measured in yards, while a race goes by meters. Air pressure is measured in PSI(for tires) but surface atmospheric pressure is calculated in inches on mercury, and air pressure in millibars.

Why Isn't the U.S. on the Metric System?

The outcome was so bizarre, the United States had to amend the Constitution.