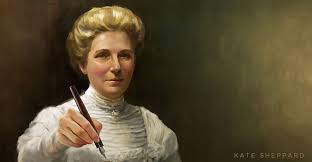 Women are given the right to vote

In 1893, New Zealand was the first country to give women the right to vote. It was revolutionary at the time.

Since then, New Zealand has had three female prime ministers. Women have held each of New Zealand's key constitutional positions in government. New Zealand has also had a female governor-general, speaker of the House of Representatives, attorney general, and chief justice.