By the progressive era (1890s to the 1920s), a child was valued as a potential wealth-producer. "If he lived out the normal term of years, he can produce $2900 more wealth than it costs to rear and maintain him," The New York Times stated in 1910. The annual social cost of everything was measured: The common cold ($21 a month per employee), housewife labor ($7.5 billion), the yearly social benefit of Niagara Falls ($122.5 million), government health insurance ($3 billion).

This way of thinking is still used in reports from the government, research organizations, and the media: The annual cost of excessive alcohol consumption ($223.5 billion) and mental disorders ($467 billion).

The rise of economic indicators in the 19th century

Capitalization was key to the rise of economic indicators. Upper-class Americans began to put their wealth into new financial assets. They began to see their society as a capitalized investment and the people as capital that could be used to increase wealth.

In the North, such investments took the form of urban real estate and companies that were building railroads. Investors were putting money in communities they had no other interest in. A national business class emerged that cared less about moral statistics than about the town's industrial output, population growth, real-estate prices, labor costs, and per-capita productivity. In the South, enslaved people became pieces of capital that could be mortgaged, rented, insured, and sold.

The turn toward financial statistics means that instead of considering how economic developments could meet our needs, it instead is to determine whether individuals are meeting the demand of the economy.

Until the 1850s, social measurement in 19th-century America was a collection of social indicators known as "moral statistics," which focused on the physical, social, spiritual, and mental conditions of the people. Human beings were at the center, not dollars and cents.

The struggle for alternative well-being metrics

A shift in measuring well-being 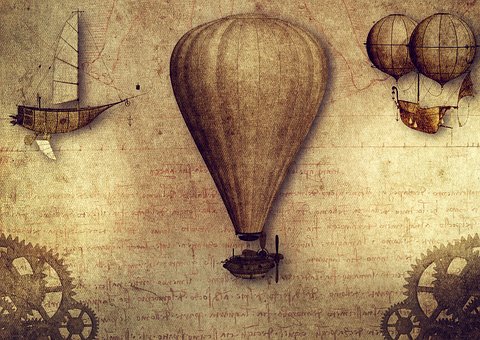 People in societies such as ancient Greece, imperial China, Medieval Europe, and colonial America did not measure people's well-being in terms of monetary earnings or economic output.

In the mid- 19th century, the United States and other industrializing nations such as England and Germany moved away from this historical pattern. They started to measure progress in monetary value and social welfare based on the ability to create income.

In 1911, an efficiency expert bluntly stated: "In the past the man has been first; in the future the system must be first." While capital accumulation is synonymous with progress, human well-being is now a secondary concern.

What led to the pricing of progress in the mid-19th century was capitalism.

Capitalism is not just the existence of markets. It is also capitalised investment, where elements of society and life - including natural resources, technological discoveries, works of art, urban spaces, educational institutions, and people - are changed or "capitalised" into income-generating assets that are valued by their ability to make money and yield future returns.

What was New Thought all about?

The New Thought movement emerged in the 19th century to help people achieve a better understanding of divine mysteries, through the power of their thoughts.

The term “New Thought” signified that one’s thoughts could unlock secrets to living a better life, free from the constraints of religious doctrines or dogmas.

Associated with a Portland, Maine clockmaker, Phineas Parkhurst Quimby , New Thought proposed a range of philosophical ideas that focused on the mind’s power to cure illness.

Quimby believed that the cause of disease resided in the mind.

Why you should know about the New Thought movement

For decades, only white property holders would have the right to vote in the United States. Moreover, some states even made sure that only Christian men had this vote.

Adam Smith was an 18th-century Scottish economist, philosopher, and author. He is considered the father of modern economics.

Adam Smith: The Father of Economics