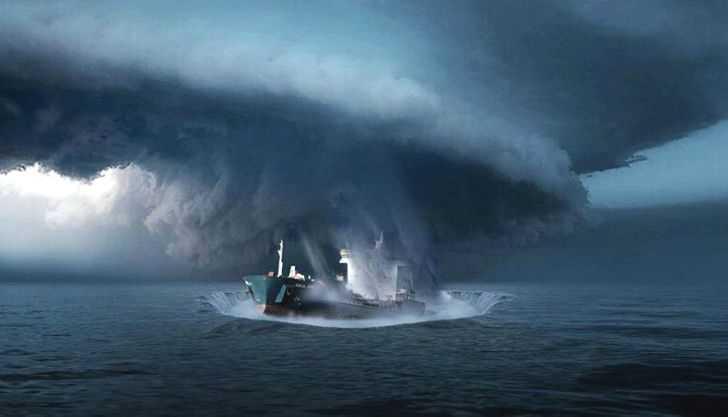 The mystery behind the Bermuda Triangle, a place where hundreds of planes and ships would have disappeared under inexplicable circumstances, may have finally been solved – at least that’s what a Science Channel  show claims.

A team of American scientists from the University of Colorado analyzed satellite weather images of this notorious area and noticed a series of unusual hexagonal clouds above them.

Scientists May Have Cracked the Mystery Behind the Bermuda Triangle 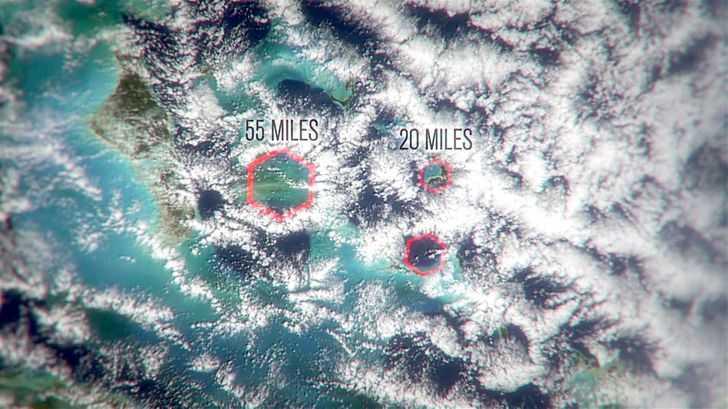 Meteorologists theorized that these clouds could act as true “air bombs “.

They are believed to be the leading cause of deadly air blasts, which can easily exceed 170 miles per hour.

These hurricane-force winds literally “blow up” the air and can generate waves of more than 45 feet in height.

Remember that the Bermuda Triangle is a large area of ​​the Atlantic Ocean between Florida, Puerto Rico, and Bermuda.

This region is known for its mysterious phenomena. Reports date back to 1945 when five American torpedo bombers and a plane sent to find them disappeared without a trace.

Since that day, another 75 aircraft and several hundred ships have been lost. The last tragedy occurred in 2015 when the cargo ship “El Faro ” disappeared in this region.

No ship can survive such a storm, and no aircraft can withstand such a wind.

Clouds do not normally form straight edges. However, judging by satellite images, the Bermuda Triangle is an exception to this rule.

The announcement of this theory sparked much future research. Scientists around the world are trying to find out what are the reasons for such anomalies.

The Science Of Rocket Science

Newton’s Third Law Of Motion, which states that every action has an equal and opposite reaction is the heart of rocket science.

The basics of rocket science are not that complicated, only involving getting the moving force that overcomes the pull of gravity, in a calculated and controlled manner.

What is rocket science?

Contactless payments would never have been possible if we didn't have satellites. Literally, all of our financial transactions rely on satellites' locations and timing services for security purposes as well.

If the satellite's timing isn't in sync with the others, it is possible for money to be lost in the transaction.

Space as a garbage dump

For many ages, space was pristine. In 1957, the Soviet Union launched Sputnik 1 into orbit, but when the batteries died, the aluminium satellite marked the end of an unspoiled era.

According to NASA, the space above Earth is now the world's largest garbage dump. It consists of 8,000 tons of human junk, or space debris, left by space agencies over the last six decades.