The telephone and answering machines - Deepstash
Explore
Get Pro
For Teams 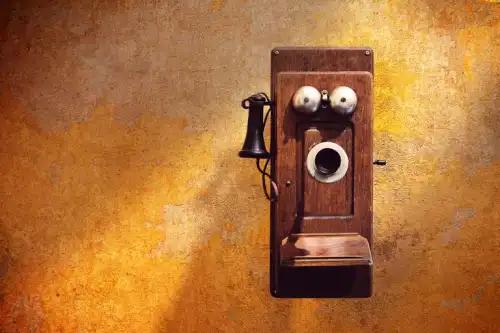 How Communication Evolved From Pictures to Letters

The telephone and answering machines

The next idea to explore was finding a way to transmit sound to far distances. Alexander Graham Bell laid out the underlying technology for electromagnetic telephones and was granted a patent in 1876 for his improvements in telegraphy.

This introduced a new problem: what if you were not available if someone tried to call you? At the turn of the 20th century, Danish inventor Valdemar Poulsen invented the telegraphone, a device for recording and playing back the magnetic fields produced by sound.

Written communication during the BCE Years

The Kish tablet is dated to 3500 B.C. and is considered by some experts to be the oldest form of known handwriting. It features proto-cuneiform signs - symbols that resemble a physical object. The Egyptian hieroglyphs are similar to this form of writing and date back to 3200 B.C.

Written language seems to have come about around 1200 B.C. in China and around 600 B.C. in the Americas.

The telegraph and Morse code

In 1835, inventors Joseph Henry and Edward Davey independently demonstrated electromagnetic relay, where a weak electrical signal can be amplified and transmitted across long distances. Cooke and Wheatstone invented the telegraph shortly after.

A few years later, Samuel Morse developed a version that sent signals from Washington D.C. to Baltimore. Afterwards, he developed a system of signal-induced indentations that correlated to numbers, special characters, and letters of the alphabet, known as the Morse code.

The invention of paper and moveable type

How stories have shaped the world