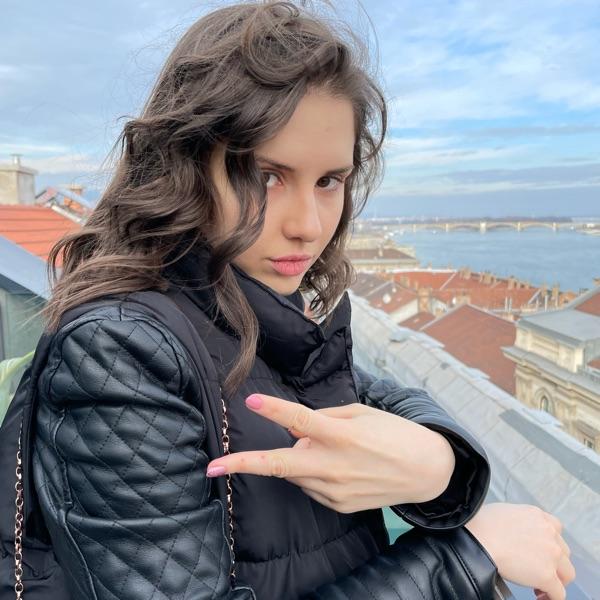 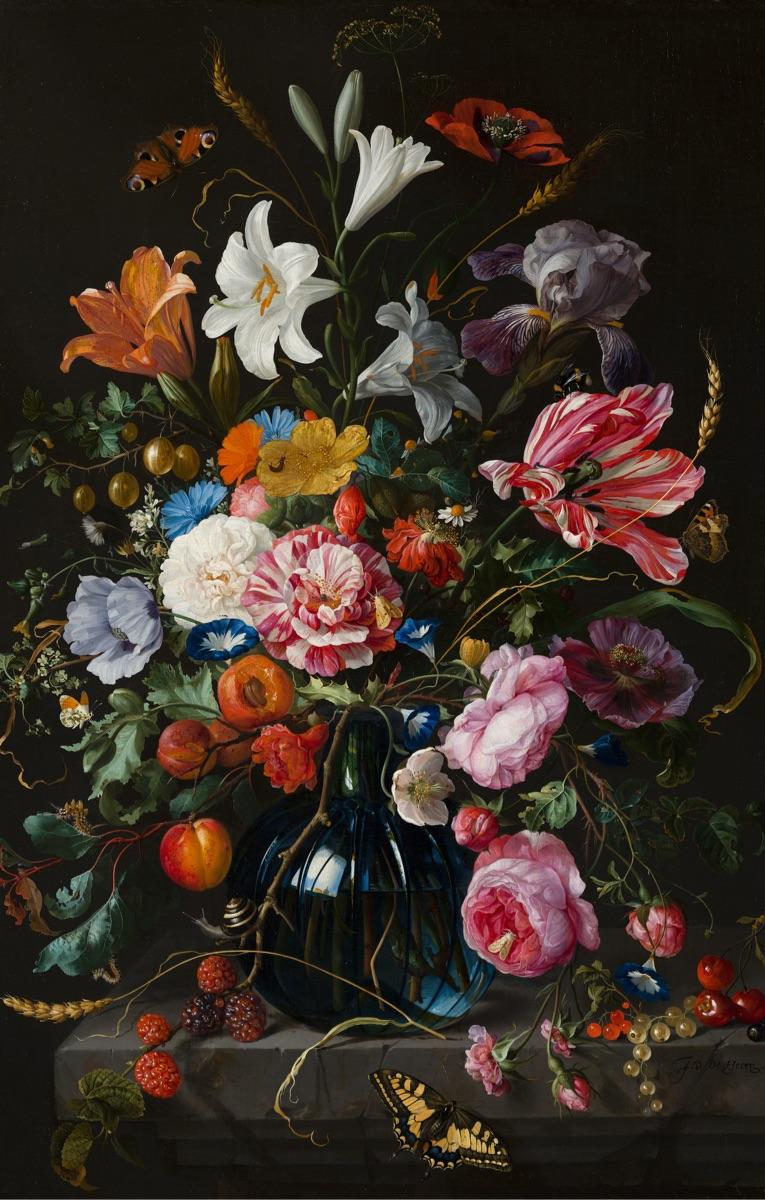 Compared to flower still-lifes of the early 17th century, this painting is a real floral explosion. Rather than a stiff bouquet, we see a colorful profusion of flowers hanging over the edge of the vase.

One special detail is the reflection in the glass vase, which shows a cloudy sky through the studio window and a few objects on the windowsill.

Jan Davidsz de Heem was the most influential flower painter of his day. He spent various periods in Antwerp, where he became acquainted with the effusiveness of the south.