The '27th' letter - Deepstash
Explore
Get Pro
For Teams 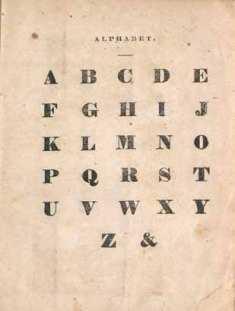 Every schoolchild knows there are 26 letters in the English alphabet . It seems self-evident that this fact must be as old as the language itself. Surprising as it may seem, as recently as the mid-1800s, there was a 27th letter — one you see on your computer keyboard every day, without suspecting that it once held equal status with A, B, C, and all of their comrades.

The extra letter is &. Known as an “ampersand,” this letter was originally the 27th letter of the alphabet, taking its place right after Z. The page pictured on the right from the 1863 book The Dixie Primer, For The Little Folks  illustrates the way schoolchildren were taught their letters.

The ampersand dates back to the first century when Romans combined the letters E and T into one character representing the word et , which is Latin for “and.” From there, it made its way into the Old English alphabet, where it remained until the waning years of the 19th century.