Never Deviate From Your Values - Deepstash 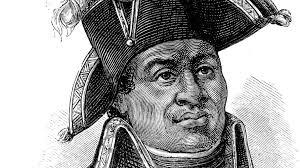 Never Deviate From Your Values

A former slave inspired by the ideals of the French Revolution, Touissaint L’Ouverture defeated the European empires to found Haiti and expunged slavery from his colony.

Early in the revolution, L’Ouverture determined that he would never compromise on his ideal of complete abolition of slavery in the colony. L’Ouverture succeeded by getting clear on his cause and doing whatever was necessary to serve it, even if it meant fighting alongside European powers.

Make Your Enemies Into Allies

Be The Beacon Your People Need

Nelson Mandela was lauded as a courageous leader -- even when he was truly terrified. Like the time he astonished his bodyguard by calmly reading a newspaper while the plane he was flying on had engine failure.

Mandela himself, however, later confessed in private that he’d been truly terrif...

Observe And Adapt To The Terrain

A leader needs to adapt to the situation. Study your environment and your competition to make the best of every opportunity.

Sun Tzu, counseled that a martial leader should observe the terrain to take advantage of its natural layout and stay alert for startled birds or beasts that mi...

Niccolò Machiavelli held that using advisors well begins with knowing one’s own weaknesses and selecting advisors to offset them. It’s also necessary to know how to solicit advice the right way.

For Machiavelli, that meant showing advisors he valued their honest opinion and would not...

A leader's vision may or may not be that different from the next person's; what can set them apart is the vigour with which they pursue that strategy.

Zhou Enlai served as premier of the People's Republic of China and throughout his life relen...

How business can learn from great leaders in history

The lesson we all got to learn from Martin Luther King, Jr.

Throughout history, some individuals got to play bigger roles than others. Among them, Martin Luther King, Jr. taught us that the success of a cause depends directly on the involvement of the people who joined it.

Steve Job's effectiveness boiled down to this:

He inspired team members first so that they were driven to live up to his exacting standards when the situation called for it.

Get this equation backwards and you will wonder why  your employees disengage or drop out when you present tough challenges.