How Have Alchemy Symbols Been Used? - Deepstash

How Have Alchemy Symbols Been Used?

Since the beginning of alchemy, alchemists have used symbols to represent different elements. Alchemy symbols sometimes contain hints of the qualities the element was thought to have, as well as the history of the element. Using symbols helped alchemists keep their work secret from non-alchemists who wouldn’t recognize the symbols.

Because early alchemy also drew much of its information from astrology, many alchemy element symbols are connected to planets or other celestial bodies. Alchemy symbols continued to be used until the 18th century, becoming more standardized as time went on.

Alchemy Symbols and Their Meanings

MORE IDEAS FROM Alchemy Symbols and Their Meanings 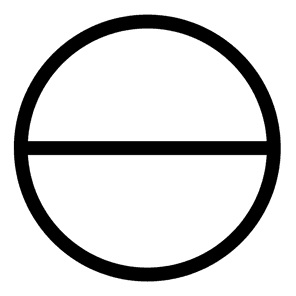 Mercury (which is also one of the seven planetary metals) can mean both the element and the planet. In either case, this alchemy symbol represents the mind, as well as a state that could transcend death. In ancient times, mercury was known as quicksilver, and it was believed to be able to shift between liquid and solid states. Therefore, in alchemy, mercury was believed to shift between life and death.

Salt is now known to be a chemical compound comprised of sodium and chloride, but alchemists believed it was a single element. Salt represents the body, as well as physical matter in general, crystallization, and condensation.

Salt is often impure when first collected, but through chemical processes it can be dissolved and purified, which some alchemists compared to purification processes the human body can undergo. Its symbol is a circle bisected by a horizontal line.

The symbol for the philosopher's stone

Sulfur represents properties such as dryness, heat, and masculinity. In alchemy, it could also represent evaporation, expansion, and dissolution. In terms of human body, it represented the soul. In terms of the tria prima, sulfur was seen as the middling element connecting salt (high) and mercury (low).

Sulfur’s symbol is typically a triangle atop a Greek cross (seen above), but it can also be represented by a Cross of Loraine atop an ouroboros/infinity symbol. This symbol has come to be known as Satan’s Cross and is sometimes used as a satanic symbol.

Mathematics: The Language Of Science

The History of Lady Justice

The concept of Lady Justice is very old, dating back to ancient Greek and Egyptian times.

Is It Even Possible to Define What Art Is, Exactly?