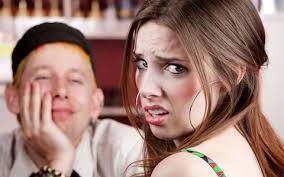 A group of U.S. psychology professors collaborated on a report, describing the faults of online dating, which was published in 2012. The dating sites wouldn't share their specific algorithms with the researchers, but the professors stated that the sites couldn't predict whether a relationship would last just because two people had similar interests and personalities.

Most lie about height, weight and age.

Women who don't drink get 24 percent fewer messages than those who do.

Profiles perceived from being of a middle-class person are more sought after than the ones perceived as being from lower-class. People prefer a potential partner to be of mixed or ambiguous race instead of a blatantly different race than their own.

Men spend half the time women spend on reading profiles. Researchers use eye-tracking to determine where men and women are actually looking while reading online dating profiles.

Profiles That Have The Word "Love"

... are more likely to find love. Researchers analyzed word choices on millions of dating profiles to reach this conclusion. The same research also found that men benefited from using the words “heart, ” “children, ” “romantic, ” and “relationship. ”

... never go on dates with those they meet online. This surprising statistic comes from a survey conducted in late 2013 and is actually an improvement from a similar research conducted in 2005, where the number was over half.

More Likely To Break Up

30 present of women consult with friends on their profiles. Only 16 percent of men do. This accounts for a total of 22 percent of people with online dating profiles who ask a friend to help them create or review their profile.

People who meet online take half as much time to get married. That implies that online daters that end up marrying spend half as much on dates on the process.

What Kiki Taught Me: Lessons From An Animated Movie