The phrase ‘Internet of Things was coined by Kevin... - Deepstash 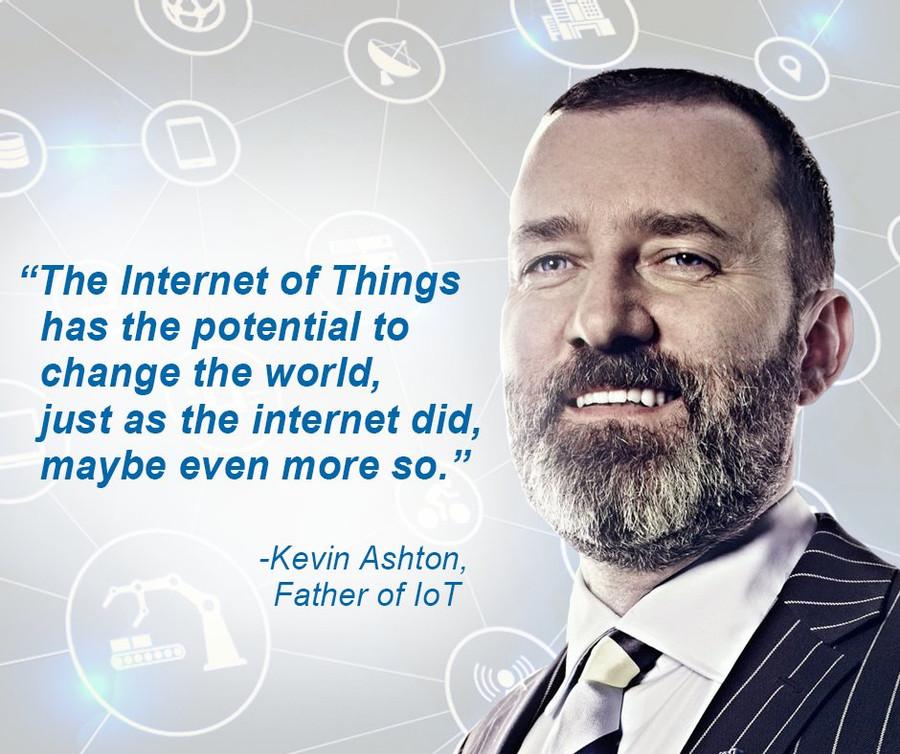 The phrase ‘Internet of Things was coined by Kevin Ashton back in 1999. However, the true Internet of Things history began with the invention of the Internet in the late 1960s. Since the 1960s, we have seen numerous inventions happen leading up to the 27 billion devices we now have connected to the IoT today.

In the early 1980s, we witnessed the invention of a Coca-Cola vending machine report on its contents through a network. While the 21st Century saw major developments paving the way for the future of IoT.

The World of IOT

How does it work?

The Internet of Things (IoT) is the hottest topic in technology right now. It has an impact on everything we do; from the way we do our shopping to the way manufacturers keep track of stock. With the likes of Apple, Google, and Amazon all competing to be the best, we are seeing e...

Paving the way for the future of IoT:

The Internet of Things was a common topic used by the media at the beginning of the 21st Century with several major developments paving the way for the future of IoT. LG Electronics introduced the world’s first refrigerator connected to the internet in 2000. Allowing consumers to do their food sh...

Now, this Article is Available in Audio Format as Well, Also we are “AudioBook Media Center” now Available on All Popular Podcast Streaming Platforms Like- Spotify,

What does the future hold for IoT?

The Internet of Things has a limitless future and will eventually become the foundation of everyday life. It will save consumers and businesses time, money and reduce emissions. While the IoT is in its infancy, we can expect to see a high risk in privacy and security breaches. However, once these...

What is the Internet of Things?

The Internet of Things, commonly known as IoT or the Internet of Everything (IoE), is a network of physical objects that are connected and exchange data with other devices and systems over the internet.

The IoT consists of sensors and devices collecting data from their surroundings. This data is then sent to the cloud by means of Wi-Fi, Bluetooth, LPWAN, satellite, or being connected directly to the internet via ethernet. When the data reaches the cloud, it is then processed by software programs...

The world’s first IoT device was invented in the early 1980s at Carnegie Melon University. A group of students from the university created a way to get their campus Coca-Cola vending machine to report on its contents through a network in order to save them the trek if the machine was out of Coke....

The Internet of Things (IoT) has not been around that long. It was only in 1999 that the term ‘internet of things’ was coined by Kevin Ashton. Ashton used the phrase as the title of his presentation for a new sensor project he was working on and it stuck from there. While the phrase came about in...

In 1990, John Romkey connected a toaster to the internet for the first time. A year later, a group of students at the University of Cambridge used a web camera to report on coffee. They came up with the idea to use the first web camera prototype to monitor the amount of coffee available in their ...

As we Evolving very rapidly to words the Web 3.0 And we are entering into the world of Technology. So, it our responsibility to Know about it & Understand it’s working. Here is a Quick overview of It. Hope it will help you to understand it.

Everything In The Metaverse Cauldron