Legendary Appearance Of Narasimha - Deepstash
Explore
Get Pro
For Teams 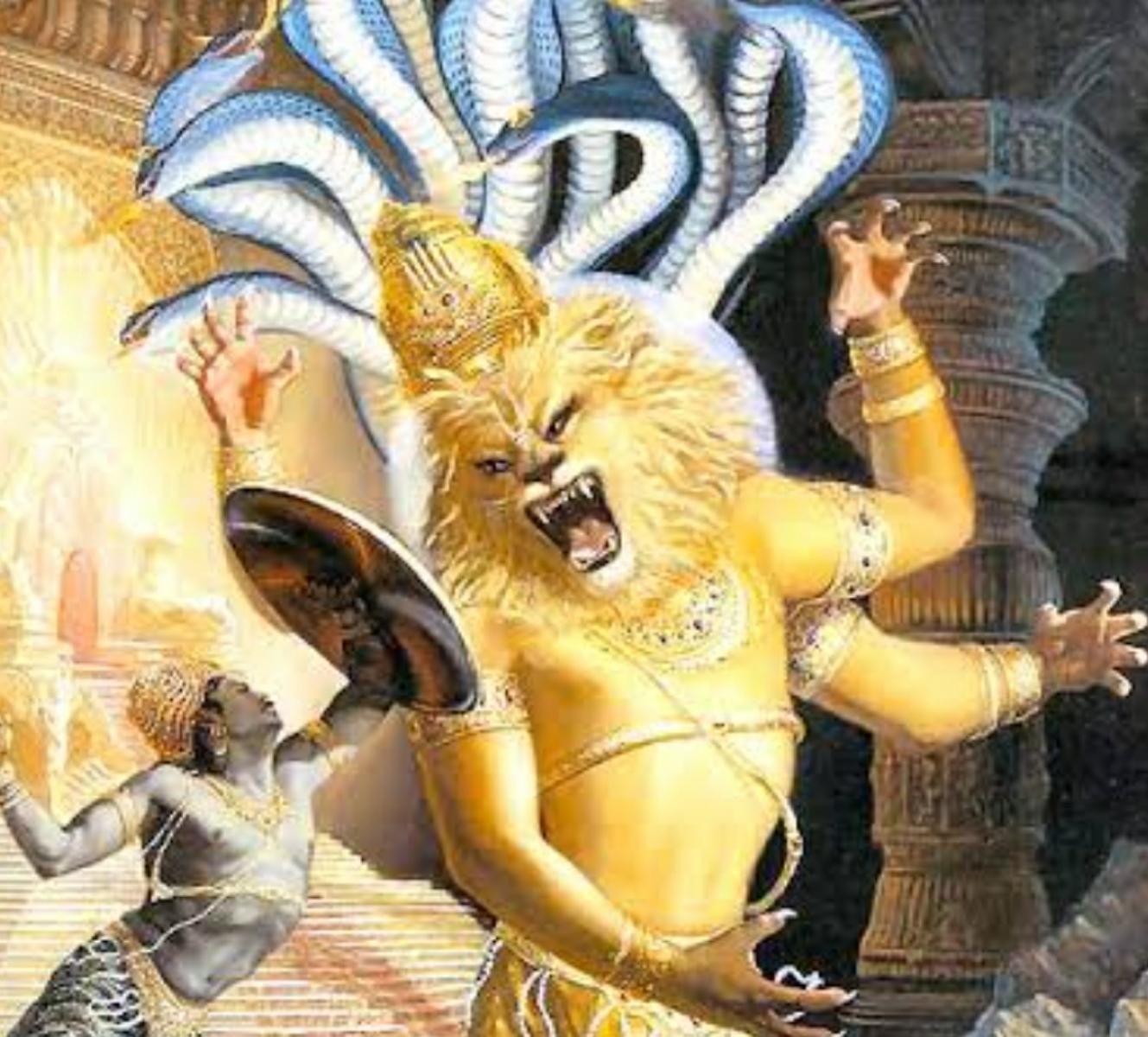 Gravitised in rage he asked his son if his Master does exist where is his Master. The son calmly replied, " He is everywhere". The king angrily showed the pillar and unintentionally destroyed it, but he was totally astonished to see the presence of a lion-faced, fierced-nailed divine spirit named Narasimha.

Hiranyakashyap splashed the blood of all major precious life forms on earth on his axe. With a thought that Lord Vishnu might appear to battle with him.

Like Hiranyaksha, his brother achieved a different & unique boon from Lord Brahma which stated that no human or animal, even in a day or a night, not on the land or the sky, not inside or outside and not any weapon could kill him.

Efforts For The Death Of Prahlad

Hiranyakashyap tempered by the fact that his son is a follower of his biggest enemy. He became so raged that he tried to kill his son by throwing him off the edge of the mountain, dropping noxious snakes and also choking him in the water but nothing worked all along.

The Avatar took the demon on his lap and pierced his stomach with his ferocious nails. The death defeated the boon as :

Demon was killed at the time of dusk not a day or a night, placed on the lap not even land or sky, defeated by a half lion half human, happened to be at the threshold of palace not inside or outside, more of a part the nails were used to kill rather than any weapon.

Hirankashyap was the most cruel demon the world would have witnessed. As his brother Hiranyaksha was killed by the Varaha (3rd avatar of Vishnu), he had a deep enemity towards Vishnu.

Prahlad was born to Kayadhu, who was the wife of Hiranyakashyap. Being inside the womb of his mother, was pledged with divine qualities which were the teachings and learnings of Lord Vishnu.

Unlike his father, the kid grew out to be a bright devotee of equality and pure wisdom.