10 misconceptions about the 1918 flu, the 'greatest pandemic in history'

MORE IDEAS FROM 10 misconceptions about the 1918 flu, the 'greatest pandemic in history'

This concept was not popular nor practiced in 1918, so it did not have any effect on the ending the pandemic.
Exposure to prior strains of the flu may have offered some protection. In addition, the rapidly mutating virus likely evolved over time into less lethal strains. 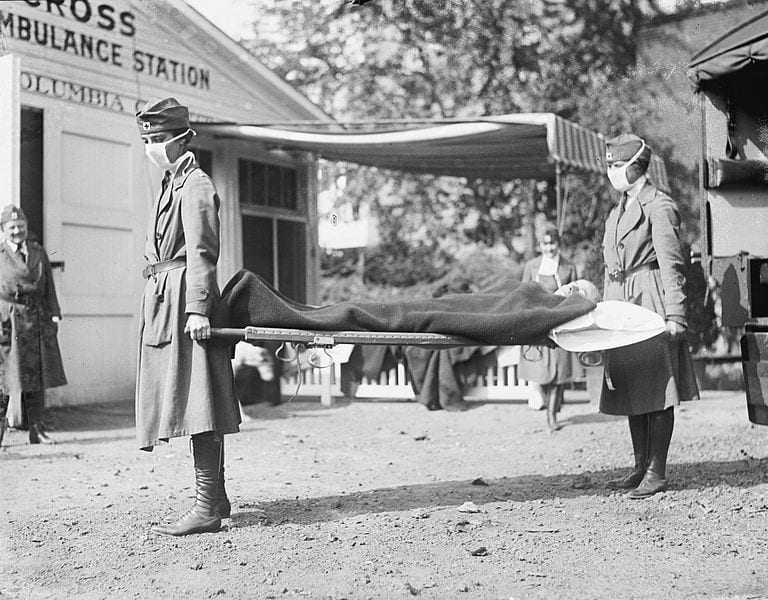 Therapies of the day

No specific anti-viral therapies were available during the 1918 flu. That’s still largely true today, where most medical care for the flu aims to support patients, rather than cure them.

The origins of the "Spanish" flu

The so-called Spanish flu did not originate in Spain. The geographic origin of the flu is debated to this day, though hypotheses have suggested East Asia, Europe, and even Kansas.
The influenza pandemic from 1918 got this name most likely because of the WWI context: The major countries involved in the war were keen to avoid encouraging their enemies, so reports of the extent of the flu were suppressed in Germany, Austria, France, the United Kingdom and the U.S. By contrast, neutral Spain had no need to keep the flu under wraps. That created the false impression that Spain was bearing the brunt of the disease.

The end of mankind

The 1918 flu spread rapidly, killing 25 million people in just the first six months. This led some to fear the end of mankind and that the whole thing was caused by a form of super-virus.
Recent studies show that the high death rate can be attributed to crowding in military camps and urban environments, as well as poor nutrition and sanitation, which suffered during wartime.

The influenza pandemic of 1918

It is often referred to incorrectly as the “Spanish flu.” Between 50 and 100 million people are thought to have died, representing as much as 5% of the world’s population. Half a billion people were infected.
Misconceptions about it may be fueling unfounded fears about the new virus.

The pandemic and WWI

It’s unlikely that the flu changed the outcome of World War I because combatants on both sides of the battlefield were relatively equally affected.
However, it's clear the fact that the war profoundly influenced the course of the pandemic.

We know today more about how to isolate and handle large numbers of ill and dying patients, and doctors can prescribe antibiotics, not available in 1918, to combat secondary bacterial infections.
To the common-sense practices of social distancing and hand-washing, contemporary medicine can add the creation of vaccinations and anti-viral drugs.

The first wave of the pandemic

There is the misconception that the first wave of the so-called Spanish flu was more lethal than the ones to follow. But in reality, the second (October-December 1918) out of the 3 waves had the highest rate of deaths.
During the second wave, those with severe cases were often crowded together in hospitals and camps, increasing the transmission of a more lethal form of the virus.

The severity of the so-called Spanish flu was underplayed by the authorities of the day and that resulted in less coverage in the press.
But officials took a few measures: at the height of the pandemic, quarantines were instituted in many cities.

The genes of the virus

In 2005, researchers made public the fact that they had successfully determined the gene sequence of the 1918 influenza virus.
Scientists now believe that an immune system overreaction contributed to high death rates among otherwise healthy young adults in 1918.

Cholera is a bacterial infection and is mainly contracted through food and water.

The largest cholera outbreak originated in India and spread beyond its borders, killing about 23 000 people in Britain alone.

Transmissible diseases existed during humankind’s hunter-gatherer days, but the shift to agrarian life 10,000 years ago created communities that made epidemics more possible.
We started building cities and forging trade routes to connect with other cities, declaring wars with them; all these made more likely the existence of pandemics.

This new H1N1 virus contained a unique combination of influenza genes not previously identified in animals or people.