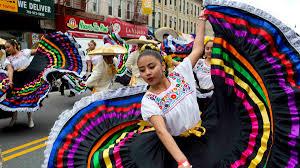 Instead, it’s meant to celebrate the Battle of Puebla, which was fought between the Mexican and French armies in 1862.

Americans might love Cinco de Mayo, but few know what they're celebrating

MORE IDEAS FROM Americans might love Cinco de Mayo, but few know what they're celebrating

During the 1980s and 1990s, beer companies targeted Mexican Americans, encouraging them to celebrate their heritage with Bud Lights and Dos Equis.

By defeating the French at the Battle of Puebla, Mexicans stopped the French army from moving northward toward the U.S. border, where they would likely have helped the Confederacy.

Mexico's victory likely changed the course of American history. The state of California viewed the victory as a defense of freedom.

Beating back an empire

The legacy of Cinco de Mayo reminds us that the past is made meaningful in different ways by different people.

Cinco de Mayo is Spanish for ‘Fifth of May’, and is a representation of Unity and Resistance for Mexico, when on 5th May 1862, an ill-equipped Mexican Army defeated France, one of the strongest armies of the time.

The real history of Cinco de Mayo, and how it's celebrated around the world

A festival is an event that is commemorated for the characteristics or aspects it shares with various religions or cultures.

Moreover, a festival constitutes typical cases of glocalization -- modified imported cultural practices or ideas that conform with the local norms. Festivals were often done to fulfill specific communal purposes, but there are others also celebrate oneness among others.