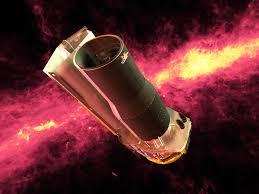 The Spitzer Space Telescope observes the heavens through infrared light. 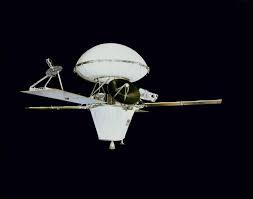 NASA's Viking 1 was the first man-made object that soft-landed on Mars in July 1976.

The Viking 1 lander is also the longest-running Mars surface mission, and sent the first color pictures back from the surface of Mars,

The Wilkinson Microwave Anisotropy Probe (WMAP) was launched in 2001 and measured the temperature of the radiation left over from the Big Bang.

Voyager 1 and Voyager 2 probes followed after the Pioneers.

The earth's atmosphere blocks out most X-rays and prevents astronomers from viewing the universe in X-ray light - a high-energy, short-wavelength light.

Pioneer 10 and Pioneer 11 were launched in 1972 and 1973. They were the first spacecraft to visit Jupiter and Saturn in a one-way voyage.

In 2004, these twin Mars Exploration Rovers landed on opposite sides of the planet and explored it for more than five years.

Among the major finds is evidence that the surface of Mars once had liquid water.

NASA/ESA spacecraft was launched in 1997 and reached Saturn in 2004. Since then its been orbiting around the planet and taking photos of the planets' rings, moons, and weather.

The Huygens and Cassini probes separated. Huygens made a trip to the moon Titan and landed on solid ground in 2005. Cassini is the first to orbit Saturn and study the system in detail.

NASA's best space mission was the Apollo, taking humans along. The Apollo trips brought moonrocks home. The astronauts gathered data that helped us learn the likely age of the moon and what it's made of.

The photos of the Hubble Space Telescope is recognized around the world. It has radically changed science.

NASA developed a tool that could reveal starts, planets, nebulae, and galaxies in detail.

The Fermi Paradox states that given the technological advancement and imperialistic desires of human beings who live in a fairly young planetary system, aliens from other highly advanced star systems should have visited earth already and even conquered the Milky Way galaxy if they desired.

As that has(apparently) not happened yet, the Fermi Paradox, initially quoted by Italian physicist Enrico Fermi, hypothesized that there are no advanced civilizations in our galaxy.