The Intense Crowding After Thanksgiving - Deepstash 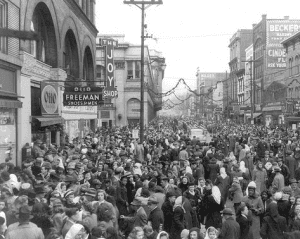 The Intense Crowding After Thanksgiving

In 1960's, the Philadelphia Police Department became so frustrated with the overflowing streets, traffic jams and regular fights caused by the crowds of people that visited the stores the day after Thanksgiving that, it’s believed, they coined the name ‘Black Friday’ in the hope of dissuading people from heading to the shops.

It completely failed, but the name stuck.

Retailers weren’t that happy with the name "Black Friday" at first: it was associated with the Great Depression of the 1930s, signaled by Black Thursday, so they tried to reinvent the image of the Black Friday frenzy.

In the Middle Age, Christians did not need to marry inside of the church: whenever they came to the consent over the union, they could get married anywhere.

The difficult part was proving that the marriage had taken place though.

How And When Did People Get Married In The Medieval Period?

The Body On Fasting

Food provides the cells in our bodies with their fuel: glucose. Our bodies release a certain amount of glucose into the blood and store the rest as glycogen, releasing it as needed. Once that supply is used up – after at least 12 hours without food – our fat stores are called upon.

Is fasting good for you? - BBC Science Focus Magazine