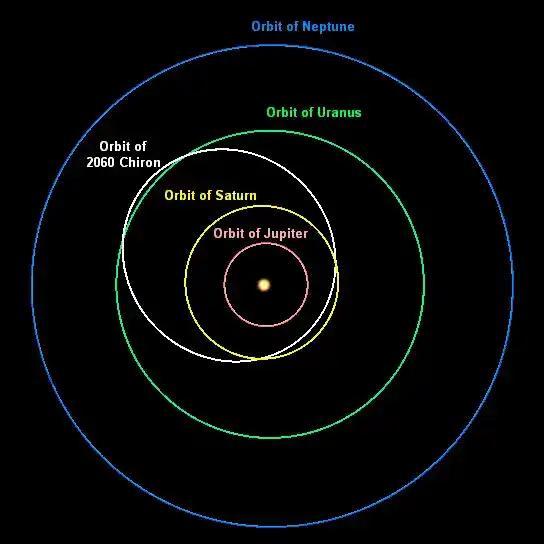 Saturn has the second shortest day in the solar system. One day on Saturn takes only 10.7 hours (the time it takes for Saturn to rotate or spin around once), and Saturn makes a complete orbit around the Sun (a year in Saturnian time) in about 29.4 Earth years (10,756 Earth days).

Its axis is tilted by 26.73 degrees with respect to its orbit around the Sun, which is similar to Earth's 23.5-degree tilt. This means that, like Earth, Saturn experiences seasons. 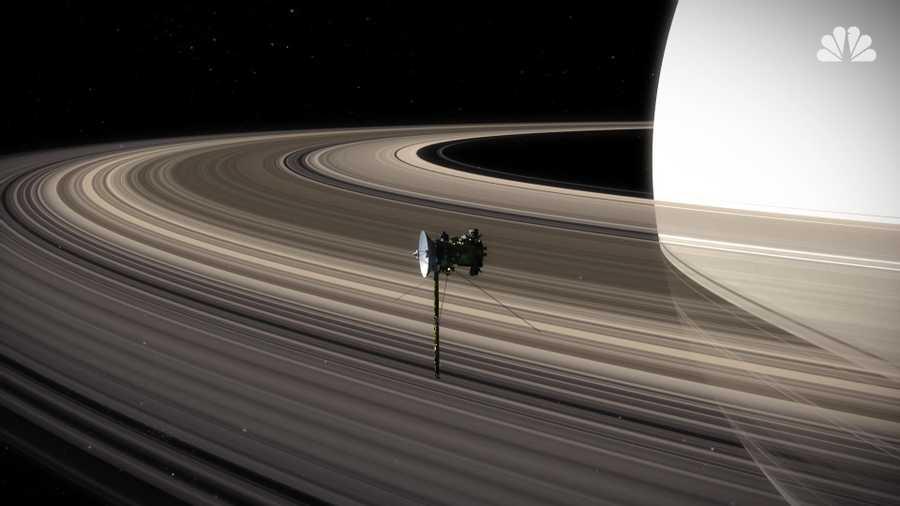 Saturn's rings are thought to be pieces of comets, asteroids or shattered moons that broke up before they reached the planet, torn apart by Saturn's powerful gravity. They are made of billions of small chunks of ice and rock coated with another material such as dust. The ring particles mostly range from tiny, dust-sized icy grains to chunks as big as a house. A few particles are as large as mountains. The rings would look mostly white if you looked at them from the cloud tops of Saturn, and interestingly, each ring orbits at a different speed around the planet.

Saturn's ring system extends up to 175,000 miles (282,000 kilometers) from the planet, yet the vertical height is typically about 30 feet (10 meters) in the main rings. Named alphabetically in the order they were discovered, the rings are relatively close to each other, with the exception of a gap measuring 2,920 miles (4,700 kilometers) wide called the Cassini Division that separates Rings A and B. The main rings are A, B and C. Rings D, E, F and G are fainter and more recently discovered.

Starting at Saturn and moving outward, there is the D ring, C ring, B ring, Cassini Division, A ring, F ring, G ring, and finally, the E ring. Much farther out, there is the very faint Phoebe ring in the orbit of Saturn's moon Phoebe.

like jupiter, saturn is mostly of hydrogen and helium. At Saturn's center is a dense core of metals like iron and nickel surrounded by rocky material and other compounds solidified by the intense pressure and heat. It is enveloped by liquid metallic hydrogen inside a layer of liquid hydrogen—similar to Jupiter's core but considerably smaller.

It's hard to imagine, but Saturn is the only planet in our solar system whose average density is less than water. The giant gas planet could float in a bathtub if such a colossal thing existed.

Saturn is home to a vast array of intriguing and unique worlds. From the haze-shrouded surface of Titan to crater-riddled Phoebe, each of Saturn's moons tells another piece of the story surrounding the Saturn system.

Saturn is blanketed with clouds that appear as faint stripes, jet streams and storms. The planet is many different shades of yellow, brown and grey.

Saturn's north pole has an interesting atmospheric feature—a six-sided jet stream. This hexagon-shaped pattern was first noticed in images from the Voyager I spacecraft and has been more closely observed by the Cassini spacecraft since. Spanning about 20,000 miles (30,000 kilometers) across, the hexagon is a wavy jet stream of 200-mile-per-hour winds (about 322 kilometers per hour) with a massive, rotating storm at the center. There is no weather feature like it anywhere else in the solar system.

Saturn took shape when the rest of the solar system formed about 4.5 billion years ago, when gravity pulled swirling gas and dust in to become this gas giant.

About 4 billion years ago, Saturn settled into its current position in the outer solar system, where it is the sixth planet from the Sun. Like Jupiter, Saturn is mostly made of hydrogen and helium, the same two main components that make up the Sun.

Saturn's magnetic field is smaller than Jupiter's but still 578 times as powerful as Earth's. Saturn, the rings, and many of the satellites lie totally within Saturn's enormous magnetosphere, the region of space in which the behavior of electrically charged particles is influenced more by Saturn's magnetic field than by the solar wind.

Saturn's environment is not conductive to life as we know it. The temperatures, pressures and materials that characterize this planet are most likely too extreme and volatile for organisms to adapt to.

While planet Saturn is an unlikely place for living things to take hold, the same is not true of some of its many moons. Satellites like Enceladus and Titan, home to internal oceans, could possibly support life.

As a gas giant, Saturn doesn’t have a true surface. The planet is mostly swirling gases and liquids deeper down. While a spacecraft would have nowhere to land on Saturn, it wouldn’t be able to fly through unscathed either.