What Makes a Genius? - Deepstash
Explore
Get Pro
For Teams

What Makes a Genius?

What Makes a Genius? 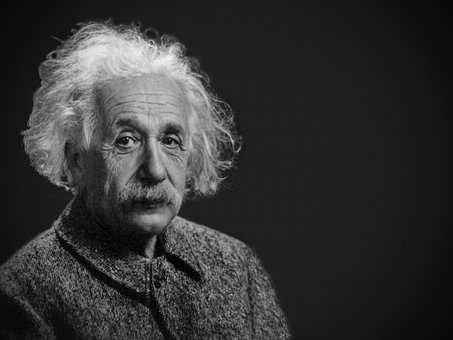 Genius is too elusive and too subjective to be easily identified. It requires too many traits to be simplified.

However, we can try to understand it by looking at intelligence, creativity, perseverance, and good fortune that interlinks to create a genius capable of changing the world.

Intelligence as a yardstick

Lewis Terman, who helped pioneer the IQ test, tracked over 1,500 Californian schoolkids with IQs above 140, which is the near-genius or genius mark.

40 after the study began, the researchers noted that a number of the study's participants struggled to thrive, despite their high IQ scores. Others tested for the study that did not have a high enough IQ, grew up to become renowned in their fields.

Creativity is a part of genius that can't really be measured, but that can be explained to a certain extent. One sign of creativity is being able to make connections between seemingly different concepts.

The 'aha moment' that arises at unexpected times, like in a dream or the shower, often emerges after a period of contemplation. Information comes in consciously, but the problem is managed subconsciously, resulting in a solution when the mind least expects it.

It relies on the dynamic interplay of neural networks that work together.

It draws from both the right and left hemispheres of the brain, especially regions in the prefrontal cortex.

Geniuses are rare, numbering roughly one in a million. Genetic potential alone does not predict actual accomplishments.

Advances in genetic research now make it possible to examine human traits. But Intelligence is very complex, and thousands of genes may be involved - each one with a slight effect.

The need for a nurturing environment

Social and cultural influences can provide that nourishment, creating a cluster of genius at moments and places in history, like Kolkata during the Bengal Renaissance, or Silicon Valley today.

The hungry mind can also find the intellectual stimulation it needs at home, where an environment can be created in which to flourish.

Natural gifts and a nurturing environment can still fail to produce a genius, without motivation and determination to press one forward.

Psychologist Angela Duckworth believes that a combination of passion and perseverance, or grit, drives people to achieve. Big hits emerge after many attempts. Regardless of how brilliant a person is, endurance and discipline are critical to success.

Genius cannot be singled out and cultured and nurtured without support.

What Made Leonardo da Vinci a Genius?

What Made Leonardo da Vinci a Genius?

For a Genius Brain, Focus on How to Think, Instead of What to Think

For a Genius Brain, Focus on How to Think, Instead of What to Think