How the world embraced consumerism - Deepstash
Explore
Get Pro
For Teams 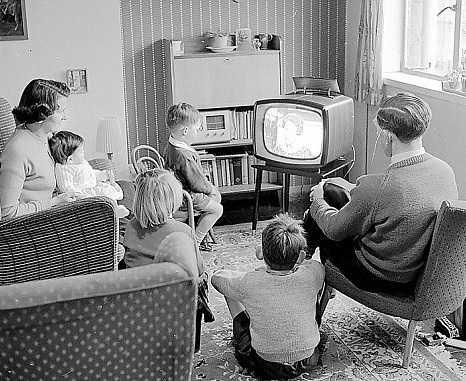 The slow increase of consumerism

The idea of people as consumers took shape before WWI, but it became more common in America in the 1920s.

People have always consumed the basics of life - food, clothing, shelter. They had to work to get them, but there was little economic motive for increased consumption among the masses. Attempts to promote new fashions and boost sales slowly increased as the pursuit of wealth extended beyond the very rich.

In the late 19th-Century Britain, a variety of food became accessible to people who previously lived on bread and potatoes.

The improvement in food variety did not extend durable items to the people. The stores mainly served the urban middle-class, but the display of tempting products was greatly expanded.

Consumerism grows in the US

Retail was already moving from small shopkeepers to corporate giants. The objective of making products for the self-evident usefulness shifted to the goal of profit and enticement as a means of achieving happiness.

In 1920, US production was more than 12 times greater than in 1860, while the population increased by a factor of three. The additional wealth provided basic security to the great majority of the people.

In these circumstances, it was feasible to reduce work hours and release workers for the spiritual and pleasurable activities of free time with families and communities, and creative or education pursuits. Shorter hours appealed to workers, suggesting that they still found life in their communities more attractive than consumer goods.

In 1927 Victor Cutter, president of the United Fruit Company wrote that the greatest economic problem of the day was the lack of consuming power in relation to the powers of production.

But a consumer solution was emerging. Business learned the importance of the ultimate consumer. The consumer had to be persuaded to buy and buy lavishly. But business could not wait for the public to ask for its product. The demand for the product had to be maintained through advertising and propaganda.

Economist Edwar Cowdrick advised corporations about the new economic gospel of consumption, where workers could be educated in the new "skills of consumption."

New needs would be created, with advertising to advance the process. People would be encouraged to value goods over free time and cause people to envy those just above oneself in the social order to incite consumption and promote economic growth.

In a 1929 article called "Keep the Consumer Dissatisfied," the general director of General Motors Research Laboratories stated that there is no place anyone can sit and rest in the road of progress. "It is a question of change, change all the time."

Progress was about the endless replacement of old needs with new. The idea of meeting everyone's needs with an adequate level of production was not encouraged.

Electrification was vital for the consumption of the new types of durable items—US households with electricity connected nearly doubled between 1921 and 1929. Radios, vacuum cleaners, and refrigerators followed. Motor car registration increased to more than 28 million by 1929. Payment arrangements facilitated the extension of buying further.

Banks engaged in reckless lending, with debt over 200% of the GDP of that time, causing the first wave of consumerism to collapse suddenly.

The effect of media on consumerism

After WWII, the consumer culture took off again throughout the developed world.

In 1921, the radio was seen as a vital tool in debt-financed consumption. But with the advent of television, advertisers exploited image and symbol and magnified their potential impact. Many of the products advertised have, in the past, been the luxuries of the upper classes. The game was to make them the necessities of all classes.

In 1955, retail analyst Victor Lebow remarked, "We need things consumed, burned up, replaced and discarded at an ever-accelerating rate."

A huge effort was devoted to persuading people to buy things they did not really need. Similarly, manufacturers began to design inferior items, known as "planned obsolescence", to "become obsolete in the mind of the consumer, ever sooner that the components used to make them will fail."

The commodification of reality and the creation of demand have profound implications. Philosopher Herbert Marcuse state, "people recognise themselves in their commodities".

The capitalist system is dependent on a neverending growth. It would not do if people were content because they felt they had enough. Capitalism preserves its momentum by shaping the ordinary person into a consumer with a neverending thirst for its delightful stuff.

"My adversary is the world of finance." ~ Francois Hollande

Recessions: 10 Facts You Must Know

Recessions: 10 Facts You Must Know

The Normal Economy Is Never Coming Back

The Normal Economy Is Never Coming Back