By the 1830s, the love apple was cultivated in New York, but a new fear emerged. A tomato worm, thick-bodied, three or four inches long with a horn on its back. It was believed that brushing against the worm could result in death. One Dr Fuller in New York said it was "poisonous as a rattlesnake." Contact with the spittle would make the victim swell up, and within a few hours, the victim would die.

But entomologist Benjamin Walsh insisted that the tomato worm couldn't hurt a flea. 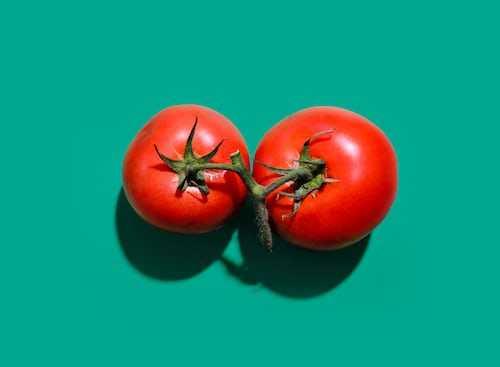 In the late 1700s, Europeans thought tomatoes were poisonous. Aristocrats got sick and died after eating them. It was later discovered that the pewter plates used by wealthy Europeans were high in lead content. The high acidity of tomatoes would leach lead from the plate, resulting in death from lead poisoning.

In 1597, the tomato was classified as deadly nightshade where the whole plant was toxic. This view prevailed in Britain and the British North American colonies for over 200 years.

Tomatoes were also thought to be eaten in hotter countries, like in Mesoamerica, where the tomato originates from.

The Aztecs ate tomatoes and called it the 'tomatl', but it wasn't grown in Britain until the 1590s, and then only for ornamental purposes. The tomato slowly became an acceptable edible fruit, but rumours of the plant's potential poison lingered despite the hundreds of tomato recipes that started to circulate.

Once the fear of the tomato plant subsided, farmers began exploring different varieties. By 1897, innovator Joseph Campbell found a way to can tomatoes and popularised condensed tomato soup.

Checking your phone is contagious

We subconsciously follow the norms imposed on us by people around us and match our actions with theirs, known as the chameleon effect. This is why people often pick up each others' mood during conversation or why yaws are so contagious.

Research Shows Checking Your Phone Is Contagious Like Yawning

Saltwater: The Reason An Ocean Is Salty

Ocean water is full of mineral salts which enter through the rivers, passing through rock and soil. Water has a property of evaporation whereas salt does not, so a lot of salt is left behind.

Oceans are saline throughout the world, but the Mediterranean Sea is saltier. Many oceans are less salty due to the regular mixing of fresh river water.

Why Is the Ocean Salty? | Salt in the Ocean | Live Science

Whenever someone yawns near you, you may find it near impossible not to yawn.

New studies found the reason we battle to stop a yawn appears to reside in the brain area that's responsible for motor function. The urge to yawn when you see someone else doing it is known as echophenomenon - the automatic imitation of another person. Other types of echophenomena include echolalia - imitation of words, and echopraxia - imitations of actions.

Here's Why Yawns Are So Contagious