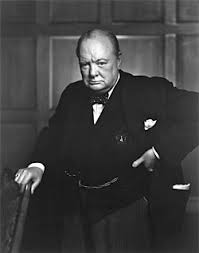 Winston Churchill led Great Britain against the German war machine, due in no small part to his inspiring rhetoric. Emboldened by Churchill's words, Londoners carried on with the war effort even through the periodic bombings of the city.

Well placed words of encouragement can do wonders for employee morale.

5 Unlikely Lessons We Can Learn From Historic Leaders

Have a Succession Plan 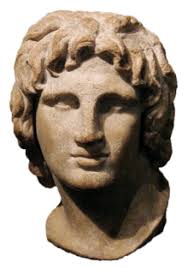 Alexander the Great built one of the largest empires in history in just a few short years, and it fell apart just as quickly. As soon as Alexander died, his generals carved up his empire into pieces.

Every leader wants to build something that lasts, and that means finding someone to take over once you step down. Failure to do so can mean the undoing of your life's work in just a few short years.

Know When To Take Big Risks

Prince William Of Orange led the Dutch rebellion against Spain, then the most powerful empire in the world. To stop the advance of the more powerful Spanish army he pulled down several dikes and flooded a large portion of the Dutch countryside, contributing largely to the defeat of the Spanish.

Recognize when you can't beat your competitors and find a way to differentiate yourself.

During the Cuban missile crisis, many of JFK's advisors advised a full military invasion of Cuba. JFK held off on these plans, opting instead for a naval blockade and negotiations with Soviet leaders, all while planning for a possible invasion if these tactics failed.

Don't commit yourself to a strategic path without first evaluating all of the options available to you.

Caesar’s military victories and political leadership made Rome very prosperous. But he neglected the Senate’s needs as he increased his powers to become a dictator until they killed him.

If employees don't feel like you're listening to them or respecting their positions, they may choose to ignore your requests, go over your head to your boss, or even quit.

The Traps That Power Lays

A job can subtly warp your judgement so that you only see things from one perspective.

Think of Richard Nixon trying to use the institutions of the American government to shut down the Watergate scandal. Or the unexpectedly long American war in Vietnam.

Never Deviate From Your Values

A former slave inspired by the ideals of the French Revolution, Touissaint L’Ouverture defeated the European empires to found Haiti and expunged slavery from his colony.

Early in the revolution, L’Ouverture determined that he would never compromise on his ideal of complete abolition of slavery in the colony. L’Ouverture succeeded by getting clear on his cause and doing whatever was necessary to serve it, even if it meant fighting alongside European powers.

What's to gain for Leaders through storytelling?

The Power of Storytelling for Leaders – 2