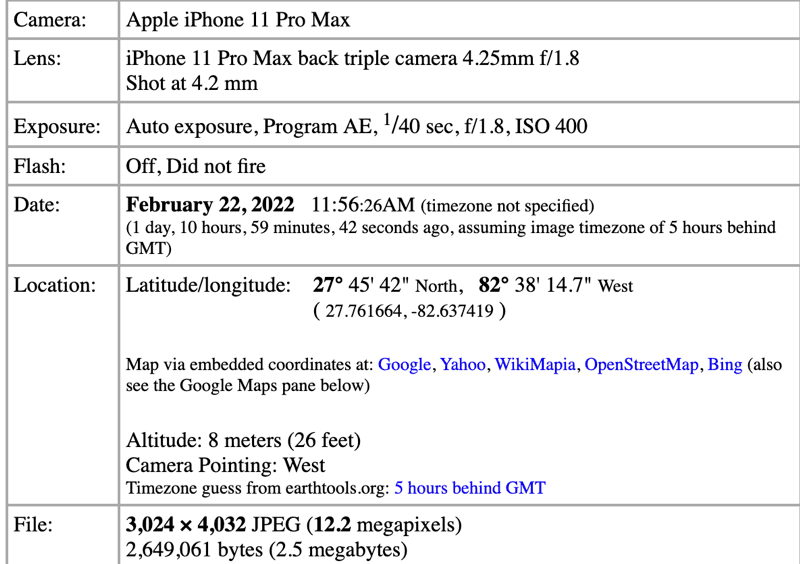 It is possible to change metadata. For example, when you pull your photo into Photoshop, you can edit the metadata to make it appear that you were anywhere else in the world. It is essential to triangulate metadata with other elements to confirm or debunk an image.

Sites such as Twitter or Facebook does not pass along metadata. However, Telegram does not remove metadata on videos and photos shared on it, making it possible to know where images were captured.

How to spot video and photo fakes

When you view a photo or video, the metadata can show if the information is accurate or questionable. If the metadata does not match the claims, it is possibly staged.

Nuclear Anxiety is Nothing New. Here’s How to Handle It

A Paranoid Person’s Guide to Preparing for Digital Danger