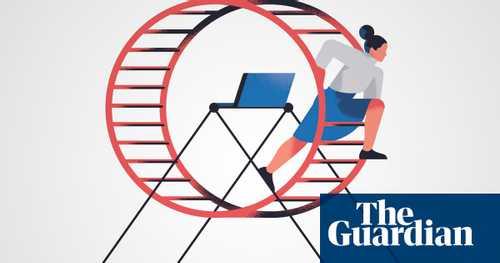 Post-work: the radical idea of a world without jobs

The work ideology is not natural nor very old.

Part of the appeal of a post-work society is that it is meant to resolve conflicts between different economic interest groups, in the hope that exploitation can finally be ended.

The role of work has changed before and will change again. In some ways, we're already in a post-work society, albeit a dystopic one.

Post-workists, like David Graeber, argue that the absence of work would produce a richer culture. With people having more time, private life could also become more communal like ‘Red Vienna’ in the early 20th century, when the city government built housing estates with communal laundries, workshops, and shared living spaces that were quite luxurious.

People might at first be unable to organize their unstructured free time, but our capacity for things other than work can be build up again.

The work culture has many critics now.

Ideas that are challenged are the assumptions of modern employers. Another is the American notion that the solution to any problem is to work harder. In the UK, the extent of the work's crises is raised. In France in 2000, a 35-hour week for all employees was introduced with the slogan, "Work less - live more."

Our culture of work

Our culture claims that work is unavoidable and natural. The idea that the world can be freed from work, wholly or in part, has been suppressed for as long as capitalism has existed.

Exploring the abolition of work

Why you feel busy all the time (when you're actually not)

Is finding a 'new normal' in the workplace impossible?