1872 was strange because one of the primary candidates never saw the final Electoral College vote. 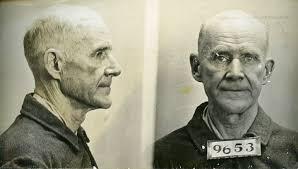 This election wasn't very exciting. Republican Warren G. Harding took more than 60% of the popular vote over Democrat James Cox, along with 37 of the 48 states.

Third place is interesting because union leader Eugene Debs ran his fifth campaign from prison. He was convicted under an espionage law and sentenced to 10 years in prison. Demonstrations protesting his imprisonment evolved into the May Day riots of 1919.

The contest between John F. Kennedy and Richard Nixon marked another precedent: the first time that presidential debates were televised.

The 1860 election was notable because it ripped the long-dominant Party (and nation) in half.

In 1861, delegates from South Carolina, and six of the Southern states formed the Confederate States of America and selected Jefferson Davis as their president.

After his inauguration, Adams selected Clay as his secretary of state. Jackson accused Adams and Clay of a "corrupt bargain."

This election was not about whether Republican Barry Goldwater or President Lyndon Johnson was a more capable commander in chief. Race shaped the 1964's ballot and would affect elections for decades to come.

The outcome was so bizarre, the United States had to amend the Constitution.

In the US, there are only two parties considered by most voters - the Democrats (the liberal party) and the Republicans (the conservative party).

Others, like the Libertarian, Green and Independent parties occasionally put forth a nominee.

All you need to know about US election

For decades, only white property holders would have the right to vote in the United States. Moreover, some states even made sure that only Christian men had this vote.

Presidential debates in USA, and not only, are a really big deal. During these, candidates have not only the possibility to show to the entire country what they are capable of, but this is also their chance to win over the adversary. However, when not used properly, debates can also turn into candidates' biggest nightmare, as they can be used as later evidence for what was inappropriately said.