Optimizing our life and time should not be at the expense of those who eventually get to do the ‘small-time’ routine tasks that reinforce the wage gap. It promotes the gig-work economy and makes the less fortunate work for it, as they feel it is an easy way to earn a few bucks.

Inclusive Productivity is when we recognize this imbalance and understand the larger systems at work, ensuring others also can do the stuff that is essential to them.

Productivity Culture Has an Empathy Problem

MORE IDEAS FROM Productivity Culture Has an Empathy Problem 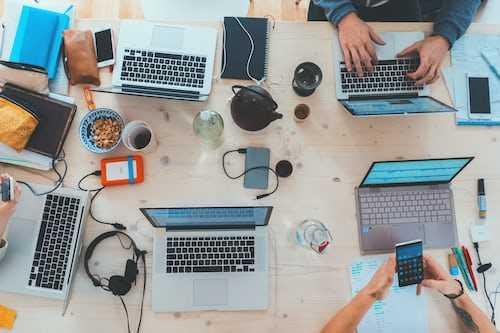 As we struggle in the constant back and forth of e-mail, the pseudo-work invention from the 80s that have transformed work culture across the world, it’s hard not to feel as if we are just being productive for the sake of it.

Today’s productivity culture does not take into account real-world factors, like not having anyone to delegate stuff we don’t want to do, or cannot do.

The productivity technique like blocking a few hours for no-distraction ‘flow’ work sounds doable for one kind of person but may be interpreted as laziness or hostility when implemented by someone with a different race or gender.

According to the author Greg McKeown, if we try to give ourselves more time for our self-care and essential activities, that only benefit us, people are bound to be disappointed. By making more time for what’s “essential” in your life, you’re necessarily going to disappoint other people.

The tips and tricks provided by most productivity articles gloss over the fact that people are not treated fairly, equally and are not of the same type. They are complex humans, not computer terminals.

The Culture Of Perfectionism

We are losing empathy, patience and compassion due to our obsession with productivity and self-improvement, as it is giving rise to a culture of perfectionism. Adding to this mix is the infinite choices out there, driving our mind to a toxic, perfectionist state.

We are increasingly blind to others needs in our pursuit of working better, smarter and faster and squeezing every drop of productivity out of our limited time.

We’ve been doubling the amount of people in our product engineering over the past few years, and you just can’t do the same things you used to do.

How to Build Culture in a Remote Team and Scale

Brendan Dawes is an artist and designer, working with technology to create interactive installations, electronic objects, Online experiences, data Visualisations, motion Graphics and imagery for both screen and print.

Excerpts from his interview on life during the lockdown.

Evolution of the term ‘woke‘

The term of staying woke became a watchword in parts of the black community for those who were self-aware and for those who questioned the dominant paradigm and strived for something better.

It was popularized as a call to action that went hand in hand with the black lives matter movement.

What Is Woke Culture, Explained?