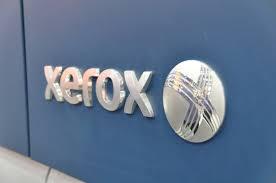 The company having the original PC technology back in the 70s was Xerox. This was a time when their photocopiers were a worldwide hit, and even their brand name ‘Xerox’ was used as a verb. They had a research centre to develop new technologies, where they invented the PC (similar to what we see even today) and a graphical word processor. But even after inventing futuristic products, which were inspirations for what Steve Jobs and Bill Gates did for the computing industry, Xerox failed to capitalize or commercialize them.

Past success and entrenched expertise prevented the pioneers of great technology to deal with a changing, uncertain and fast-moving market. Xerox forgot to grow, evolve, stay nimble and keep an eye out for the changing market dynamics.

How to avoid the ‘competency trap’

... is a reluctance to give up on the past spendings and investments made on projects or products that are no longer providing any return.

The managers are usually unable to make strong decisions and keep adding costs to failed (or about to fail) projects.

The Competency Trap: Lessons
Failing To See The Future
The Problem Of Success

Successful organizations start having rigid corporate cultures, which crumble when the outside world evolves, which is always inevitable.

The rules and assumptions that companies operate on, become embedded, making the employees blinded from any potential future innovations.

Many people fall into the competency trap, which is the assumption that their established principles and mental models, that have served them all these years, will be sufficient in the future too.

They rely on familiar tools, skills and routines, getting into thei...

The Competency Trap: How Smart People Sabotage Their Careers

“The biggest risk is not taking any risk. In a world that is changing really quickly, the only strategy that is guaranteed to fail is not taking risks.”

From a venture capitalist’s point of view, the ideal entrepreneur: