A race of warrior women - Deepstash

A race of warrior women

The story of a race of warrior women first appeared in Greek mythology, but excavations across the north and east of the Black Sea region revealed that worrier women like the Amazons really existed.

The 2,000-year-old Wonder Women who inspired the comic 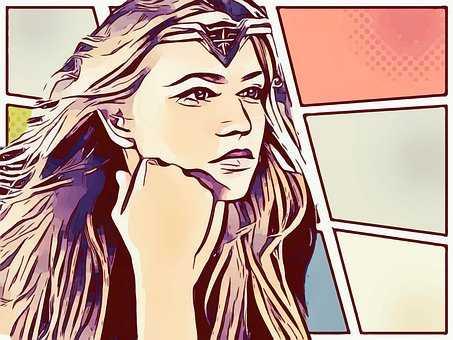 Wonder Woman may have roots in Ancient Persia

According to Herodotus, a 5th-Century Greek writer and geographer, the Amazons maintained an idyllic all-female existence in modern-day Turkey. The women pillaged the Persian Empire and procreated with neighbouring tribes, raising the baby girls.

They met their fate in a battle against the Greeks in Thermodon. The Amazons eventually entered Scythia near the Black Sea and joined forces. Their descendants are the Sarmatians.

In the US, the comic book character of Wonder Woman, inspired by the Amazonian warrior woman mythos, was created in 1941 by psychologist William Moulton Marston. The story goes that the Amazon Princess Diana was moulded out of clay by her mother Hippolyta and brought to life by the gods.

The narrative objective of Wonder Woman

William Moulton Marston describes his narrative objective as "psychological propaganda for a new type of woman who should, I believe, rule the world."

The birth of this feminist character happened just as the attack on Pearl Harbour brought Americans into World War Two. The conflict gave women the option to enlist, enter factories and workplaces, and building expertise in fields secured for men. After the war, most women went back to their homes, but in their hearts, the Wonder Woman had emerged and could not be repressed.

Hedy LaMarr is most known for her roles in the 1940s Oscar-nominated films 'Algiers' and 'Sampson and Delilah."

But her technical mind is really her greatest legacy. She filed a patent in 1941 for frequency-hopping technology that became a precursor to the secure wi-fi, GPS, and Bluetooth used by billions worldwide.

The stories in pop culture in the last century tend to be moralistic and have a clear demarcation of good and bad.

These stories have virtually the same structure of good guys fighting with the bad guys for the sanctimonious fate of society.

Why is pop culture obsessed with battles between good and evil? - Catherine Nichols | Aeon Essays

Alexander the Great learned to read and write by studying Homer's Iliad. Thanks to his teacher, the philosopher Aristotle, he had done so with unusual intensity. When Alexander embarked on his conquests, a copy of the Iliad accompanied him.

Homer's Iliad helped to shape an entire society and its ethics. The story revealed the kind of effect moral choices could have on the general public.

How stories have shaped the world