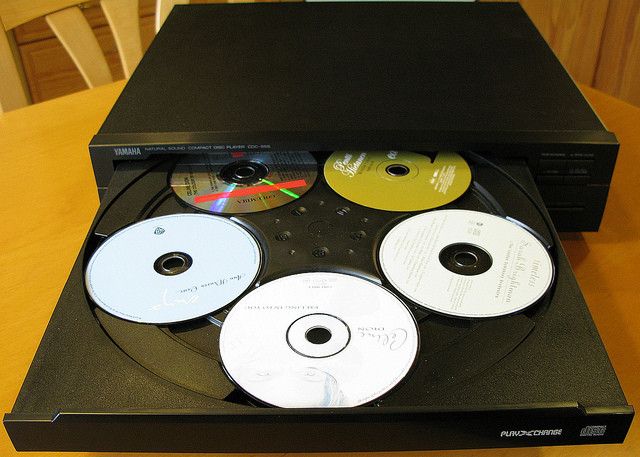 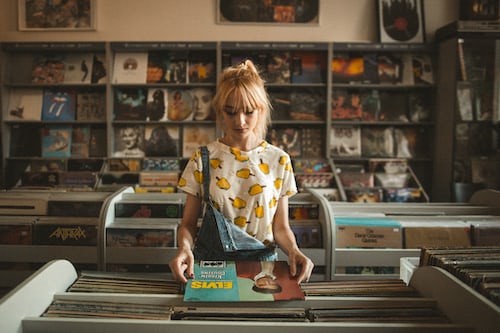 But when did earbuds become synonymous with a portable music player, and where did it all start?

Pandora pioneered the style of music recommendation service that would become a huge trend in modern music. The idea was of a service that allowed listeners to hear music from thousands of artists without buying any album.

The battle over royalties paid to artists are constant and not limited to Pandora. Despite the drop in album sales and the small earnings of artists, streaming services are doing well.

In 1922, the first radio advertisement changed the future of music broadcasting. Before that, companies would sponsor musical programs known by names like Champion Spark Plug Hour or King Biscuit Time.

The rise of the top 40 stations in the early 50s influenced how music radio operates to this day. The higher fidelity magnetic recording made it possible to broadcast pre-recorded programs in the 1940s.

In the 1890s, the transition to flat-disc records began. The recording was etched onto a disc we today recognise as a record. The main advantage of the disc record was that it could be mass-produced, whereas a phonograph had to be recorded individually.

Discs were first sold in a five-inch version, then seven-inch, then a ten-inch, and finally a 12-inch version. Interest in double-sided records started to rise in 1903, and Edison took the opportunity to make a 1/4-inch disc that could only be played on Edison Disc Phonographs.

A 12-inch vinyl, 33 rpm record could contain about 20 minutes of music on a side. This longer-playing (LP) format began to dominate the market. 45 rpm records became popular after the war, most containing a single song on each side, known as "singles."

Extended-play (EP) 45s were also added, and they contained two songs on each side. From here on, changes were focused on the hardware used to turn the disc.

The story of music consumption: The phonograph

Music has always been an important part of human culture. Until 1877, people could only listen to music when someone was playing, whether in a concert hall or at home.

But Thomas Edison's invention of the phonograph revolutionised the consumption of music. Sounds to be recorded were transmitted through a recording stylus, which would make indentations on a phonograph cylinder. A playback stylus could read the recording and play it through a diaphragm and horn.

In 1996, MP3s players found their way into listeners pockets. At first, the rudimentary systems could hold six to twelve songs, but the Apple iPod changed the market in 2001. It held up to 1,000 songs.

iTunes debuted in 2001 with the iPod as the world's best jukebox software. It has been the single largest distributor of music in the world since 2010. iTunes does not use the MP3 format but Advanced Audio coding (AAC) format, and although MP3 is still used, AAC has more industry support.

The future of music listening

From a broader range of information made available through demographic data, Facebook and Twitter, heart rate, temperature, etc., it would generate highly targeted playlists that would work with the user's taste and context. But the future of music consumption is uncertain at the moment. A move back to complete control is not out of the question.

From shellac to vinyl recordings

At first, the flat-disc record was made from shellac. Only after WWII, vinyl replaced shellac as it was a lighter and more durable material.

The transition to vinyl happened together with the change from 78 rpm to 33 1/3 rpm, which allowed a larger amount of music to be recorded on a single disc. A 10-inch, 78 rpm disc contained about three minutes of music. Long songs were split across several discs, each contained in a sleeve bound into a book format, leading to the term "record album."

During WWI (and WWII), the US Congress suspended all amateur radio broadcasts. In 1919, shortly after WWI, 1XE of Medford, Massachusetts, was broadcasting music. Then more music radio stations began to pop up.

But they met with resistance. People thought radio was only supposed to be used for two-way communication. Commercially licensed stations started to appear, and by 1930, 60 % of American families purchased radio receivers. Many stations only started broadcasting music after they had been on the air for a while.

The history of MP3

In the early 1970s, the compact Phillips cassette tape began to rise to domination of the automobile music market. The small size counted in their favour. When the manufacturers started making smaller, portable tape decks, the cassette's place in music was sure.

The innovation of the Sony Walkman in 1979 was even more important. The small portable stereo tape player made music listening more accessible for personal use as it was no longer tied to large record players.

P2P music sharing still exists, with BitTorrent one of the most popular formats that are much harder to shut down.

In 1958, the RCA tape cartridge changed the future of home music consumption. The high-quality audio had been encoded onto a magnetic tape medium for home use.

In 1964, the 8-track Lear tape was introduced. Other tape formats were already available in the home market, but the inclusion of 8-track players in many cars led to it becoming the dominant format of the day.

A 2018 study noted there are an estimated 73 million podcast listeners in the USA. By 2022, the number is estimated to grow to 132 million.

Podcasting can be traced back to Dave Winer and Adam Curry in 2000 when they discussed the distribution of automated media.

Everything You Need to Know About the History of Podcasts

A Focused, Meaningful Way to Work

We need to find a way where we are:

‎Zen Habits Favorites: Creating the Habit of Not Being Busy

Our Food Biases We Know Nothing About

The vanilla flavour does not contain sugar. Yet the taste of vanilla tricks the brain into thinking that it is having something sweet.

This is due to the fact that almost all the desserts we had since we were born, like cakes and pastries, probably were sweet and did have that particular flavour, making the brain associate it with sweetness.

‎TED Talks Daily: What happens in your brain when you taste food | Camilla Arndal Andersen