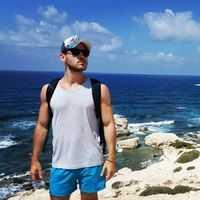 The world during Copernicus

Before Nicolaus Copernicus, humans thought that all celestial objects revolved around the Earth, what is known as geocentrism.

With great opposition from the Catholic church, his theory, called heliocentrism, proposed the opposite, that the Earth and other planets are orbiting around the Sun.

Even though he faced many challenges, his point of view influenced later minds like Galileo and Newton and his theory sits at the base of modern science today.

Lessons From Copernicus: How To Develop New Perspectives

Ego is the Enemy