Why was Napoleon exiled and not executed? - Deepstash
Explore
Get Pro
For Teams

Why was Napoleon exiled and not executed? 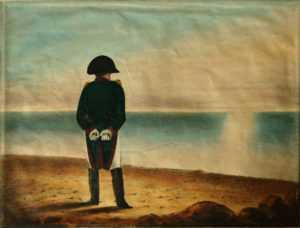 Why did his winning adversaries choose to isolate him on an island? Twice. At the time, killing a king (which the French just did during the Revolution) was considered dangerous. It created unrest in the population and would give "bad ideas" to the mob. Napoleon's adversaries were monarchs who cared for the second-order effects of his execution.

But why did they think of Napoleon as a king? He was a commoner after all, even though he declared himself Emperor. Mainly because Napoleon was still loved by the French people, especially the military. They didn't want to stir another rebellion.

Now that I think of it, I was always curious about it. But somehow never got to ask...

Peter Principle: When People Get Promoted Into Maximum Incompetence

Podcast: Naval Ravikant, co-founder of AngelList, explains why you don't need to be CEO

3 Stoic Mantras To Build Your Life On