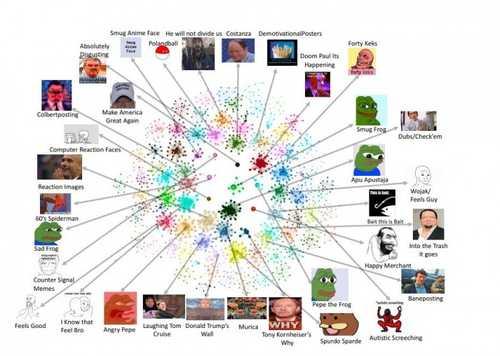 This is where internet memes come from

This is where internet memes come from

The word meme was coined by the biologist Richard Dawkins in his 1976 book, The Selfish Gene. He defined it as ideas that could replicate, evolve, and enter popular culture in a process similar to the way genes spread.

Today, a meme is a variant of an image based on a common theme that has spread widely. It is often funny but also carries political messages.

Several online communities focus on creating and spreading memes, so the idea becomes viral. These communities have become very influential.

Little is understood about the way memes spread or how they influence.

Researchers have gained some understanding of why some memes spread widely, while others quickly die away.

One component is to ensure new offspring are continuously produced. It suggests that if anybody wants to become more influential, they could set up a meme factory that produces large numbers of variants of other memes.

The surprising academic origins of memes

The surprising academic origins of memes

What Do We Learn from Our Networks?

What Do We Learn from Our Networks?