An Intelligent Global Brain - Deepstash
Explore
Get Pro
For Teams 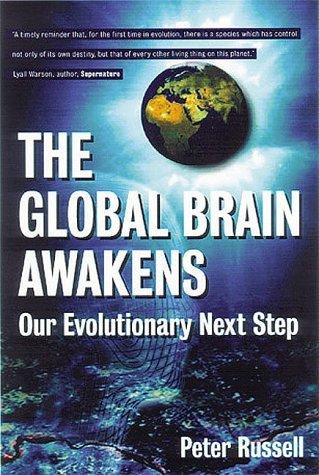 When I wrote The Global Brain, forty years ago, we were in the very early stages of computer networking. These early networks soon became the Internet, and later the Worldwide Web.

From that came a whole plethora of innovations: streaming video, online shopping, news and banking, social media, the cloud, and more; not to mention the now ubiquitous website.

However, it was generally just data, spread over a global network, one as complex as the human brain with exceedingly efficient search, but still just information of one kind or another.

Now a whole new dimension is being added: AI (artificial intelligence). It has been there behind the scenes for several years, but is now becoming available to the everyday user.

A language processing AI called GPT-3, which can process this global data and summarize it in good English (and several other languages) is now catching the headlines in the form of ChatGPT—an app that anyone can access, ask questions, and get remarkably good answers.

You can, for example, ask it write an essay about some specialist scientific subject, and be blown away by the results.

Write a poem about spiritual concept in the style of Shakespeare (say). Or find an error in your computer code. The possibilities seem almost endless. ChatGPT was only made public in November, but it has already taken the Internet by storm—within five days of its release it had a million users!

As well as a multitude of possibilities, it raises a number of issues: How will teachers be able to detect if a student’s essay is their own work or that of ChatGPT? Can we trust its answers (it sometimes makes mistakes)? GPT-3 was trained on the global data of 2021, so cannot give up-to-date responses.

The Next Obvious Step

Currently, it is very expensive to operate; will that limit its development? Will it be integrated into search engines? Could it be hacked? Will it reinforce our socio-political biases?

Some of these issues may be resolved over time. Some may not. But here I want to explore some of the longer-term implications.

The next obvious step is adding audio so that we can speak to it and get spoken responses.

The technologies of speech recognition and synthesis are well developed, and in common use with virtual assistants such Siri and Alexa.

But whereas they currently just search the Internet for answers, now, with AI behind them, they’ll be able to process the data, and give more intelligent responses.

It will also bring an end to those, sometimes frustrating, human-operated call centers. No longer will we have to wait on hold, but will get immediate, intelligent answers—and in an accent we can understand.

ChatGPT wasn’t programmed with the answers it gives, but taught to find its own answers and present them in human language. And it is learning all the time, from what we ask and how we respond.

Impressive as it may be today, it will be much more so in the future. In addition, other apps will soon become available improving on ChatGPT.

As it becomes increasingly conversational, we may begin to feel there is a “person” there, not a human person of course, but our minds will project on to the AI the sense of there being someone there, and available to us at any time.

Maybe we’ll feel we are each accessing the same virtual person. Where will that lead, I wonder? Other forms of AI can also be accessed online.

There are several images generators that will create excellent pictures based on simple descriptions.

A number of video generators—although not yet high quality—and music generators. All of which will rapidly improve with time.

Beyond these foreseeable developments, online AI will bring many innovations that are probably as far beyond our imagination as the Internet of today was when the first personal computers appeared.

And remember that the pace of development today is very much faster than it was forty years ago.

In ten years’ time, AI will be much more powerful, perhaps surpassing the human brain in its capabilities. We will then be in a very different world indeed.

Welcome to the Intelligence Age!

At this unprecedented moment in history, when escalating crises threaten all life on earth, internationally renowned physicist and futurist Peter Russell weaves together the physical and social sciences, modern technology, and ancient mysticism to demonstrate that the possibility of global illumination is now as real -- and as imminent -- as the threat of mass annihilation.

In this updated edition of The Global Brain, Russell details an extraordinary new vision of humanity's potential as a fully conscious superorganism in an awakening universe. Presenting evidence that the earth itself is a living being and every person upon it a cell in the planetary nervous system, Russell describes how breakthroughs in telecommunications and computer networks are rapidly linking the human species into an embryonic global brain.

At the same time, the human potential movement is growing faster than any other segment of society and influencing every aspect of the culture -- including business, politics, and medicine. Russell shows how the convergence of these powerful trends is creating the required conditions for an evolutionary shift in consciousness from egocentrism to geo-centrism.

First published in 1983 as The Global Brain and translated into ten languages, Russell's seminal work won acclaim all over the world. Regarded by many as years ahead of its time, its original predictions about the impact of computer networks and changing social values were quickly fulfilled.

Peter Russell M.A., D.C.S., is a British author of ten books and producer of three films on consciousness, spiritual awakening and their role in the future development of humanity. He has designed and taught personal development programs for businesses, and has remained a popular public speaker.

In 1965 he was awarded an Open Exhibition to Gonville and Caius College, Cambridge, to study Mathematics. In 1969, he gained a First Class Honours in Theoretical Physics and Experimental Psychology. He then went to Rishikesh, India, where he trained as a teacher of Transcendental Meditation under Maharishi Mahesh Yogi. In 1971, he gained a post-graduate degree in Computer Science. From 1971 to 1974, he studied for a Ph.D. on the psychophysiology of meditation at Bristol University.

My brain is my mind