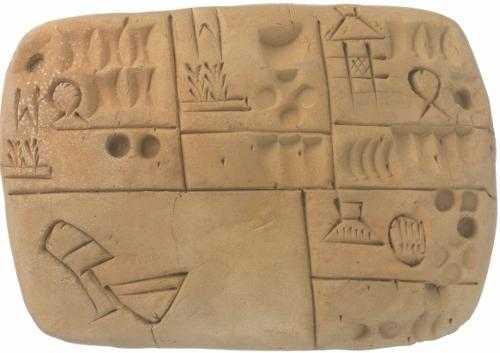 Uruk was the world’s first large city and completely changed humanity’s ability to store, exchange and replicate information by creating the first writing system in 3200 BCE.

The invention of writing made the unreliable and fallible human memory obsolete and revolutionized how we process information. The earlier form of dictating information orally from generation to generation quickly became a thing of the past.

In the late 4th millennium BCE, Uruk had 10000 inhabitants which increased to 50000 in the decades after that, making it the largest city in Mesopotamia, and in the Sumerian civilization.

The people of Uruk were highly civilized and worked in various professions like ambassadors, priests, stonecutters, cooks, and jewellers.

Writing with symbols and pictographs

Uruk was the first civilization to introduce written record-keeping, using symbols, pictographs, and eventually words. The Sumerians were an innovative civilization and improvised this symbolic language into complex documents, epic poems and literature, along with lists and genealogies.

Writings were mostly on reeds and clay, slowly forming a complex language of letters based on ‘wedge-shaped’ markings, known as cuneiform.

The Sumerian culture used to worship the sun and revered the cow, which is associated with motherhood. The Sumerian Sun God was called Utu, with the revered King Enmerkar ruling Uruk for more than a hundred years according to the scriptures. The Sumerian legend is preserved in the epic ‘Enmerkar and the Lord Of Aratta’.

According to the ancient Sumerian writings, the mythical king Enmerkar is credited with the invention of a written language, leaving a permanent mark in history and all the human literary output from that point onwards.

The preservation of ancient writings has provided humanity with a way to travel through time, with the writings being like artefacts from the past with deep insights and information of that time.