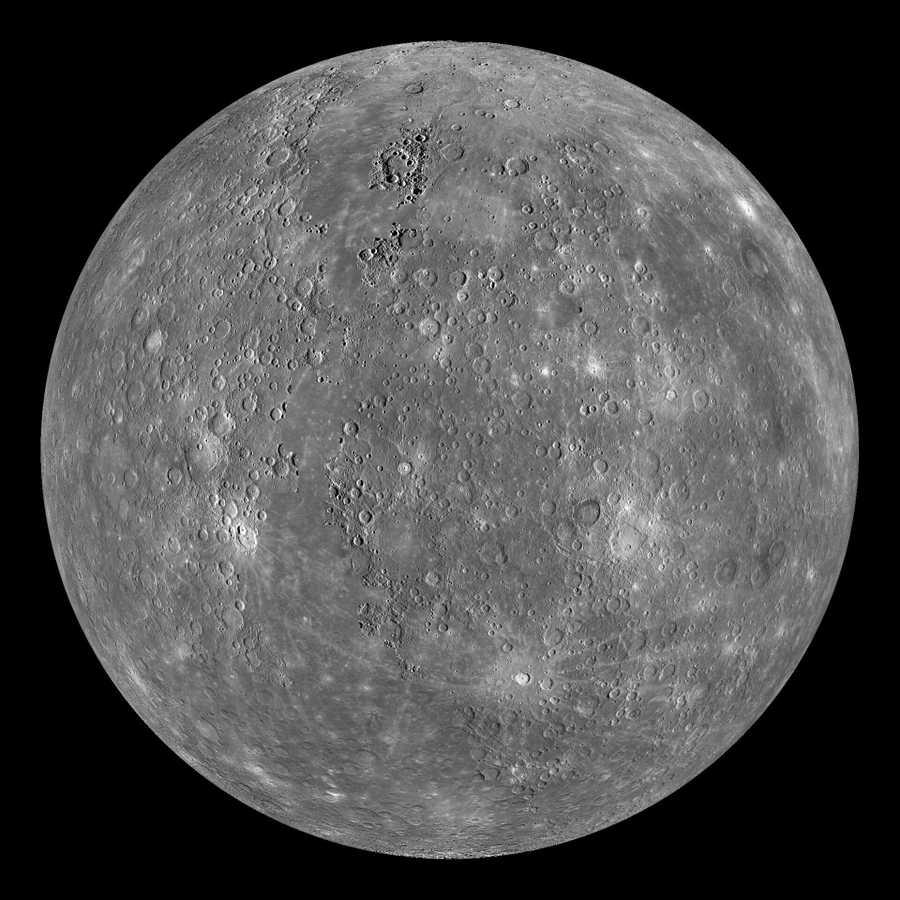 If Earth were the size of a nickel, Mercury would be about as big as a blueberry.

Mercury spins slowly on its axis and completes one rotation every 59 Earth days. But when Mercury is moving fastest in its elliptical orbit around the Sun (and it is closest to the Sun), each rotation is not accompanied by a sunrise and sunset like it is on most other planets.

The morning Sun appears to rise briefly, set and rise again from some parts of the planet's surface. The same thing happens in reverse at sunset for other parts of the surface. One Mercury solar day (one full day-night cycle) equals 176 Earth days—just over two years on Mercury.

Mercury spins nearly perfectly upright and so does not experience seasons like many other planets do.

Mercury is the second densest planet, after Earth. It has a large metallic core with a radius of about 1,289 miles (2,074 kilometers), about 85 percent of the planet's radius.

There is evidence that it is partly molten, or liquid. Mercury's outer shell, comparable to Earth's outer shell (called the mantle and crust), is only about 400 kilometers (250 miles) thick.

Mercury formed about 4.5 million years ago when gravity pulled swirling and dust together to form this small planet nearest the Sun. Like its fellow terrestrial planets, Mercury has a central core, a rocky mantle and a solid crust.

Mercury's surface resembles that of Earth's moon, scarred by many impact craters resulting from collisions with meteoroids and comets. Craters and features on Mercury are named after famous deceased artists, musicians or authors.

Mercury may have water ice at its north and south poles inside deep craters, but only in regions of permanent shadow. There it could be cold enough to preserve water ice despite the high temperatures on sunlit parts of the planet.

Instead of an atmosphere Mercury possesses a thin exosphere made up of atoms blasted off the surface by the solar wind and striking meteoroids. Mercury's exosphere is composed mostly of oxygen, sodium, hydrogen, helium and potassium.

Mercury's magnetic field is offset relative to the planet's equator.

When the ions strike the surface, they knock off neutrally charged atoms and send them on a loop high into the sky.

Mercury's environment is not conductive ot life as we know it The temperatures and solar radiation that characterize this planet are most likely too extreme for organisms to adapt to.

Mercury has no moons.

Mercury has no rings