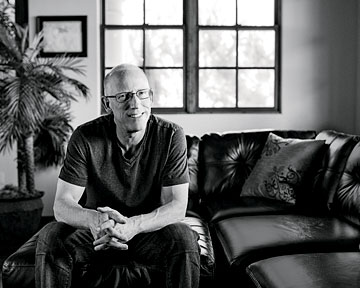 "Making comics is a process by which you strip out the unnecessary noise from a situation until all that is left is the absurd-yet-true core. A cartoonist has to accomplish that feat with as few as four short sentences."

How to Fail at Almost Everything and Still Win Big

Humans want many things. The only way to achieve all of them is by organizing your priorities. To organize your priorities, focus on one main metric: energy.

How to maximize your energy:

When you get your energy metric right, you will be excited to wake up and the quality of your work will be better. You will also be able to complete your work faster.

Knowing When To Quit

Quitting might conflict with the advice you’ve heard all your life— that sticking with something, no matter the obstacles, is important to success.

It's true, overcoming obstacles is normally an unavoidable part of the process. But you also need to know when to quit. Persistence is useful, but there’s no point in being an idiot about it.

"I’ve come to believe that success at anything has a spillover effect on other things. You can take advantage of that effect by becoming good at things that require nothing but practice. Once you become good at a few unimportant things, such as hobbies or sports, the habit of success stays with you on more important quests. When you’ve tasted success, you want more."

The Six Filters for Truth

When seeking truth, your best bet is to look for confirmation on at least two of these dimensions.

Your attitude affects everything you do in your quest for success and happiness. A positive attitude is an important tool. It’s important to get it right.

The way to manage your attitude is to understand that the brain can be programmed for success.

The most important form of selfishness involves spending time on your fitness, eating right, pursuing your career, and still spending quality time with your family and friends. .

Selfishness is good especially when you are starting your journey to success. You need to be selfish with your time and money. Being selfish is only bad when you become a burden on society

“Successful people don’t wish for success; they decide to pursue it. And to pursue it effectively, they need a system. Success always has a price, but the reality is that the price is negotiable. If you pick the right system, the price will be a lot nearer what you are willing to pay.”

The only reasonable goal in life is maximizing your total lifetime experience of something called happiness. That might sound selfish, but it’s not.

If you need, imagine better things, a grander future for you to be happy. The happiness formula:

"Failure always brings something valuable with it. I don’t let it leave until I extract that value."

The Success Formula: every skill that you acquire doubles your odds of success. The more concepts you learn, the easier it is to acquire new ones.

Skills which every adult should develop at least a working knowledge:

To maximize your energy, you can either be a simplifier or an optimizer:

As the comic begin to be admired and enjoyed by readers, the managers from Adams' job noticed how they were being mocked in his jokes. But instead of getting fired, Adams claimed that his bosses took a different management approach:

"We can't fire him because it would look bad. You must give him absurd assignments until he quits."

But this did not affect Adams - his jokes became even funnier.

How "Dilbert" Practically Wrote Itself

It's naughty, clever, and it has a point of view. And it makes the reader imagine what happened before that moment shown in the comic and what might happen after. It's rare to pack so many elements in one comic.

Written by Scott Adams, is an 'infamous' comic strip that shows a humorous look in office life, but also manifests lessons on behavioral economics.

The Top 4 Lessons in Behavioral Economics From Dilbert