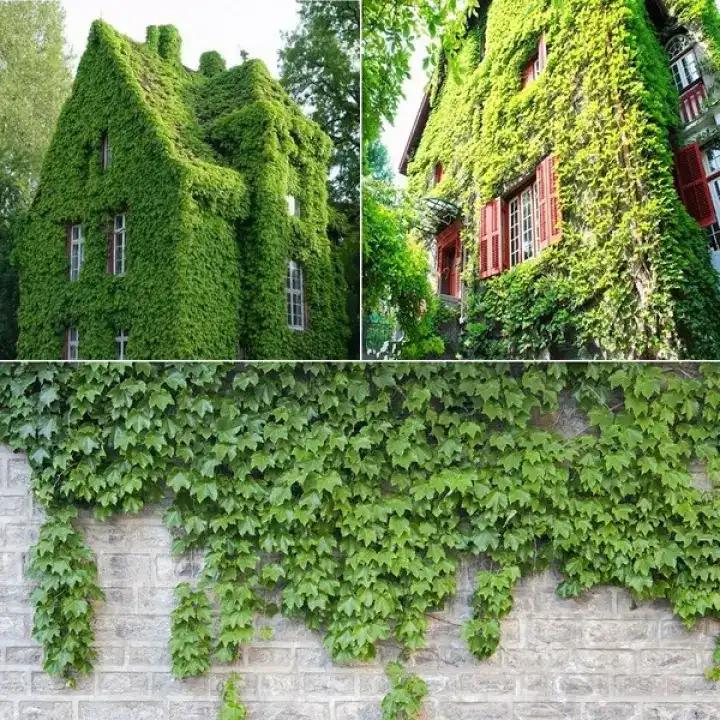 English ivy or Hedera helix is an evergreen climbing plant that can climb up to 20 to 30 meter on trees, walls and cliffs.

This genus has more than 120 species of trees and shrubs under its belt.

Flamingo lily or Anthurium andraeanum is a flowering plant species belonging to the Araceae family.

“The garden is a love song, a duet between a human being and Mother Nature.”

Florist's chrysanthemum or Chrysanthemum morifolium is a perennial plant that belongs to the Asteraceae family.

Peace lily or Spathiphyllum is the most common house plant.

Aloe Vera has found its way into the homes owing to its medicinal uses.

Palm trees belong to the family of Arecaceae. It is extensively cultivated.

…One is nearer God's heart in a garden Than anywhere else on earth.

“Nothing is more completely the child of Art than a Garden.”

Why we should keep some plants in our homes

Plants are pretty. They are affordable and can enhance a space and encourage cleaner air, often resulting in a better mood and more focused concentration.

But for the super busy, somewhat lazy, and possibly intimated person, they can be hard to keep alive. Knowing what the plants need can help us do better.

Oxygen is atomic number 8 with the element symbol O. It was discovered by Carl Wilhelm Scheele in 1773, but he did not publish his work immediately, so credit is often given to Joseph Priestly in 1774.

Oxygen is one of the best-known gases on the planet, largely because it is so important for our physical survival. It is a crucial part of Earth's atmosphere and hydrosphere, it's used for medical purposes, and it has a profound effect on plants, animals, and metals.

Get 10 Interesting Facts About the Element Oxygen, the Breath of Life

Bees put the honey in honeymoon

As a part of Nordic marriage rites during the 5th century, it’s believed that it was a tradition for newlywed couples to consume copious amounts of mead (a fermented honey drink) during the first full moon cycle, or month, of marriage. The practice is one of several proposed origins of the honeymoon’s etymology.

Earth - The Only Home We Know