Jeans mass- this is the minimum mass required for a gas cloud to collapse into a star.

In middle of being a gas cloud and being a star, there is a protostar phase. Here the star is not really a star but there is some gas that has been concentrated. Lots of things can happen in this phase. 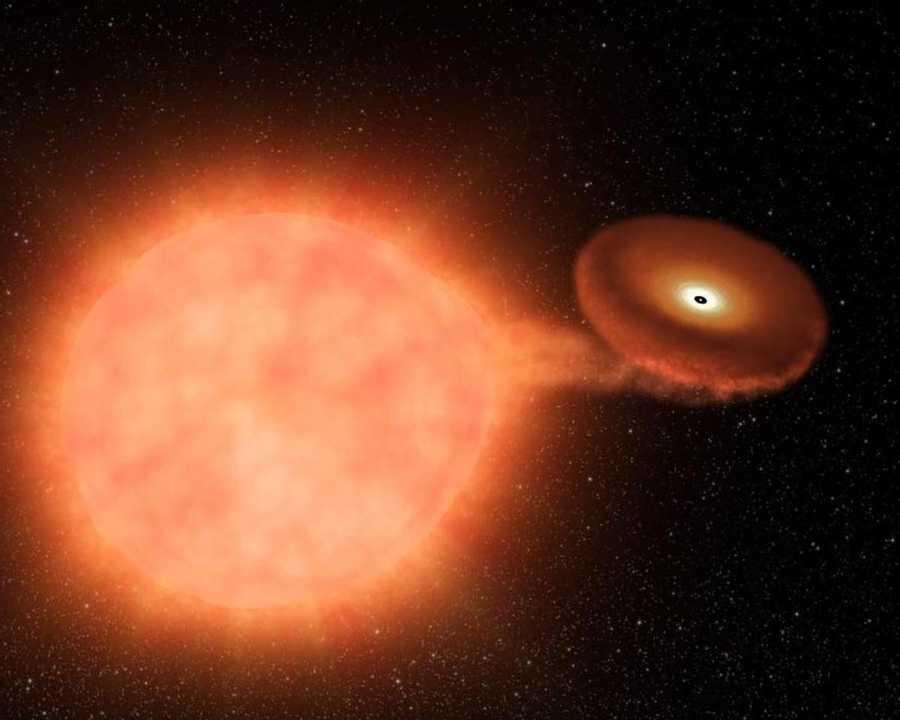 After the core get fused

..., the only thing fusing is the outskirts of the core. Now these hydrogen particles are like "We don't have any core to stick to, where do we go?". So they start repelling each other. Now, as we know, fusion gives radiation. As the star starts to cool down (as more of its mass gets fused), it starts to get bigger because the radiation from the fusion is pushing the outer particles of this star outwards. The outer layer of this star starts radiating outwards because the gravity of this star can't hold it anymore. This colorful outer layer is planetary nebulae. This phase is called red giant.

Protons and eletrons start to form a cloud of hydrogen. This cloud has LOADS of mass and are GIGANTIC. Due to gravity, the atoms around it get attracted to the cloud too. But there is a repulsion between atoms which gets them not into each other. These atoms of hydrogen get attracted to each other hardly due to gravity. These atoms start getting crushed. And then nuclear fusion takes place. 4 hydrogen atoms get together to make 1 helium atom(helium was not like you can take it from anywhere, it had to be created through nuclear fusion).

As the core is completely fused, it becomes trapped. Its outer layers are gone. This lonely core is called the white dwarf. For a low mass star, this is where you die. The helium particles in this star just radiate outwards slowly and slowly. After some time, they have no power to radiate. This is when it is called the brown dwarf. In astrophysics, brown means no light and white means all colors. Hence, after all of this losing of power it dies. It's pretty sad. :(

So n high mass stars, after the red giant phase, there is still a hell of a helium to burn. So, this helium slowly fuses to carbon, carbon to something and on and on and on untill (!) you reach Iron. Because iron is very hard to fuse. So here the core, gets done. Now, as there is no radiation pushing outwards. This core (only the coree, not the star) collapses itself into itself. Because there was just gravity pulling it. Creating shock waves with such high energy that they fore iron to fuse into platinum/silver/gold. Some supernova threw gold to our earth.

.., The star can get collapsed into a neutron star. This is the most dense star in the universe. And they rotate very fast (due to conservation of angular momentum). Here the gravity is so immense that nearly 90% of the star's electrons get fused into neutrons. A neutron star of a size of the city of Manhattan can be 2x heavier than our sun.