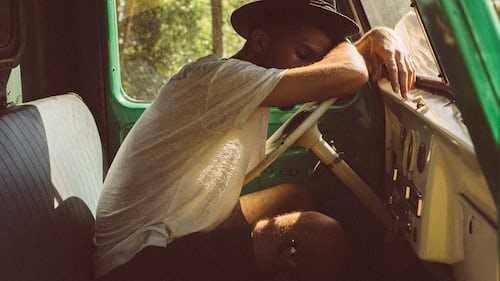 Excessive daytime sleepiness is a condition in which an individual feels very drowsy during the day and has an urge to fall asleep when he/she should be fully alert and awake.

The condition, which can occur even after getting enough nighttime sleep, can be a sign of an underlying medical condition or sleep disorder such as sleep apnea. These problems can often be treated.

Studies have found a relationship between the quantity and quality of one's sleep and many health problems.

Difficulty falling asleep is one of four symptoms generally associated with insomnia.
The others include waking up too early and not being able to fall back asleep, frequent awakenings, and waking up feeling unrefreshed.

Insomnia can be a symptom of a sleep disorder or other medical or psychological/psychiatric problems, and can often be treated.

While sleep patterns change as we age, the amount of sleep we need generally does not.

Older people may wake more frequently through the night and may actually get less nighttime sleep, but their sleep need is no less than younger adults. Because they may sleep less during the night, older people tend to sleep more during the day.

You can "cheat" on sleep

Sleep experts say most adults need between seven and nine hours of sleep each night for optimum performance, health, and safety.

The resulting sleep deprivation has been linked to health problems such as obesity and high blood pressure, negative mood and behavior, decreased productivity, and safety issues in the home, on the job, and on the road.

During sleep, your brain rests

The body rests during sleep, however, the brain remains active, gets "recharged," and still controls many body functions including breathing.

According to sleep experts, teens need at least 8 to 10 hours of sleep each night, compared to an average of seven to nine hours each night for most adults.

Their internal biological clocks also keep them awake later in the evening and keep them sleeping later in the morning. However, many schools begin classes early in the morning, when a teenager's body wants to be asleep. As a result, many teens come to school too sleepy to learn, through no fault of their own.

Turning up the radio

... opening the window, or turning on the air conditioner are effective ways to stay awake when driving.

These "aids" are ineffective and can be dangerous to the person who is driving while feeling drowsy or sleepy.

It's best to pull off the road in a safe rest area and take a nap for 15-45 minutes. Caffeinated beverages can help overcome drowsiness for a short period of time. 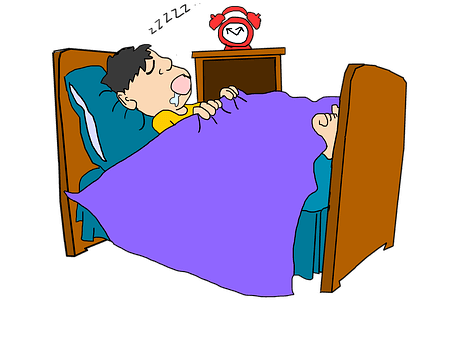 Although snoring may be harmless for most people, it can be a symptom of a life-threatening sleep disorder called sleep apnea, especially if it is accompanied by severe daytime sleepiness.

Sleep apnea can be treated; men and women who snore loudly, especially if pauses in the snoring are noted, should consult a physician.

Waking up in the middle of the night

Waking up in the middle of the night and not being able to go back to sleep is a symptom of insomnia.

If you do not fall back asleep within 15-20 minutes, you should get out of bed, go to another room and engage in a relaxing activity such as listening to music or reading. Return to bed when you feel sleepy. Avoid watching the clock.

How much sleep is enough

Sleep needs vary from person to person. Age, genetics, lifestyle, and environment all play a role.

According to the National Sleep Foundation, adults need 7-9 hours of sleep a night. People who sleep seven hours a night are healthier and live longer. While the guideline is helpful, you are the best person to judge how much sleep you need.

Sleeping for 5 hours is enough

Habitual sleep deprivation is associated with diverse and far-reaching health effects and none of them is good.

Between 7 and 9 hours of sleep per night are recommended. You can get used to less sleep, but you’re getting used to being miserable.

When thinking about getting the sleep you need, it’s normal to focus on how many hours of sleep you get. While sleep duration is undoubtedly important, it’s not the only part of the equation.

It’s also critical to think about sleep quality and whether the time spent sleeping is actually restorative. Progressing smoothly multiple times through the sleep cycle, composed of four separate sleep stages, is a vital part of getting truly high-quality rest.