Even more intriguing are the antioxidants in watercress, including... - Deepstash
Explore
Get Pro
For Teams 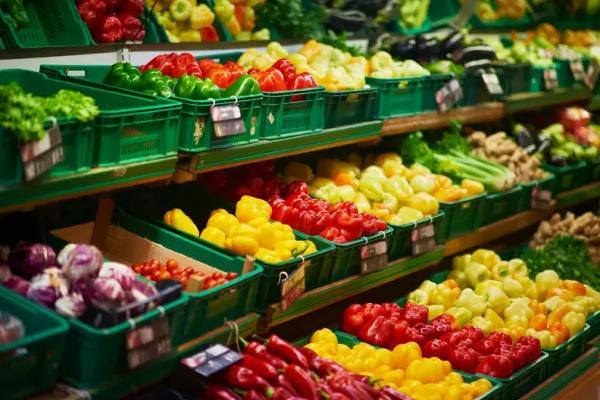 The 5 Most Nutrient-Dense Vegetables Based on Science

Watercress tops the list of nutrient-dense vegetables per calorie based on ANDI criteria. Watercress is a dark green, leafy vegetable that grows in cold, clear streams and rivers, and you can enjoy its peppery flavor raw or cooked. However, you’ll retain more of its vitamin C if you consume this leafy green raw. Watercress adds a kick to salads, wraps, and sandwiches. Along with vitamin C, watercress is rich in vitamin K, important for blood clotting and bone density, and beta-carotene, a precursor to vitamin A and an antioxidant and anti-inflammatory.

Leafy greens are nutrient-rich and lower in calories and top the list in terms of ANDI scores. Still, it’s smart to enjoy a wide array of non-starchy vegetables and fruits for optimal health. Almost all contain substantial quantities of potassium, a mineral and electrolyte that helps lower blood pressure. So, fill your grocery cart with fruits and vegetables in all colors of the rainbow, but don’t forget to add these five veggies with the highest ANDI scores. 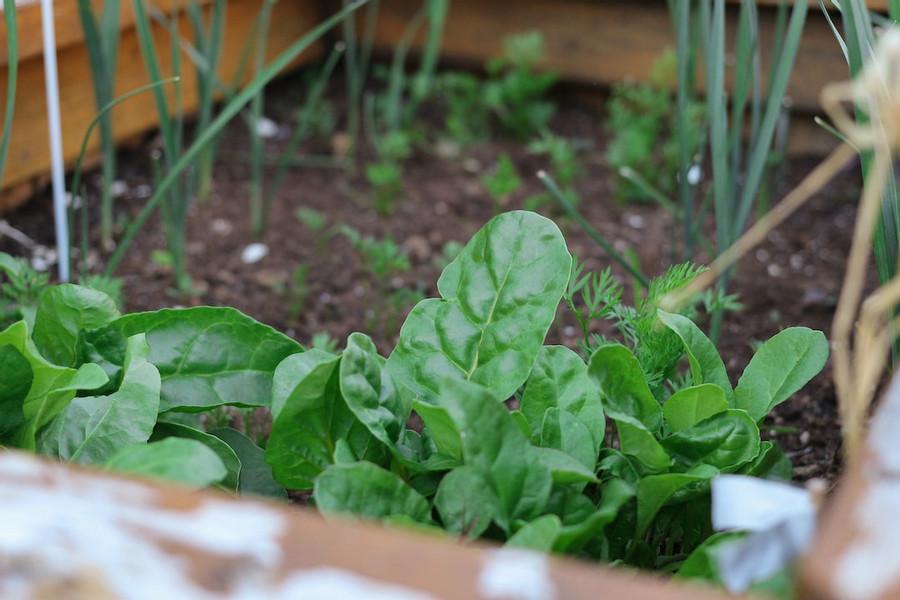 Who isn’t familiar with the green, leafy vegetable known as spinach? It’s widely available and packed with nutrients such as vitamins A, C, and K, and like all leafy greens, an excellent source of fiber.

Spinach also contains compounds called thylakoids that have appetite-suppressing benefits. Plus, spinach is a rich source of lutein and zeaxanthin, carotenoids which may help prevent age-related macular degeneration (AMD) and cataracts, common causes of visual decline. 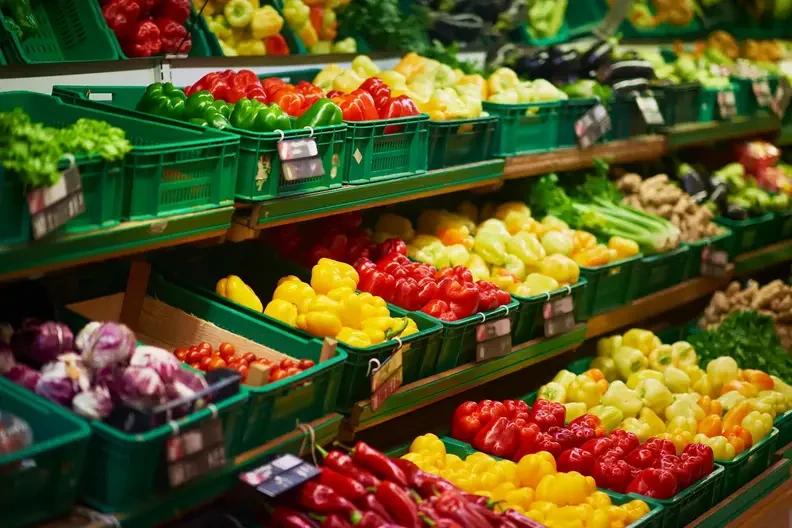 Some Veggies Are Better Than Others

Vegetables of all colors are packed with vitamins, minerals, fiber, and phytonutrients. You can’t go wrong by adding more colorful produce to your plate. There are, however, vegetables with a higher nutrient content relative to their calories, making them exceptionally helpful for weight control and health.

Swiss chard, also known as leaf beet, is a leafy green vegetable that belongs to the same family as beets. Its leaves have a mild flavor like spinach, but it has a slightly tougher texture that softens when you cook it. Swiss chard is a rich source of vitamin K, although it contains less vitamin C than the top two most nutrient-dense veggies, watercress, and Chinese cabbage, per calorie.

One downside is Swiss chard is high in oxalates. If you have a history of calcium oxalate kidney stones, it’s best to avoid Swiss chard since it can increase the amount of oxalates in your urine and boost the odds of kidney stones forming. Cooking Swiss chard reduces but doesn’t eliminate, oxalates.

Chinese cabbage is also called Napa cabbage, and it’s a member of the Brassica family. This green, leafy veggie has long, pale green leaves with white ribs and a sweet flavor. Since it’s a cruciferous vegetable, like watercress and broccoli, it contains similar phytochemicals, some of which are being explored for potential anti-cancer benefits.

To get the most vitamin C from Chinese cabbage, enjoy it raw in salads and sandwiches. If you prefer it cooked, add the chopped leaves or ribs to stir-fries with other Asian ingredients. Stir-fry recipes typically have a base of garlic and ginger, which work well with Chinese cabbage’s mild flavor. Add chicken, shrimp, or tofu for protein. 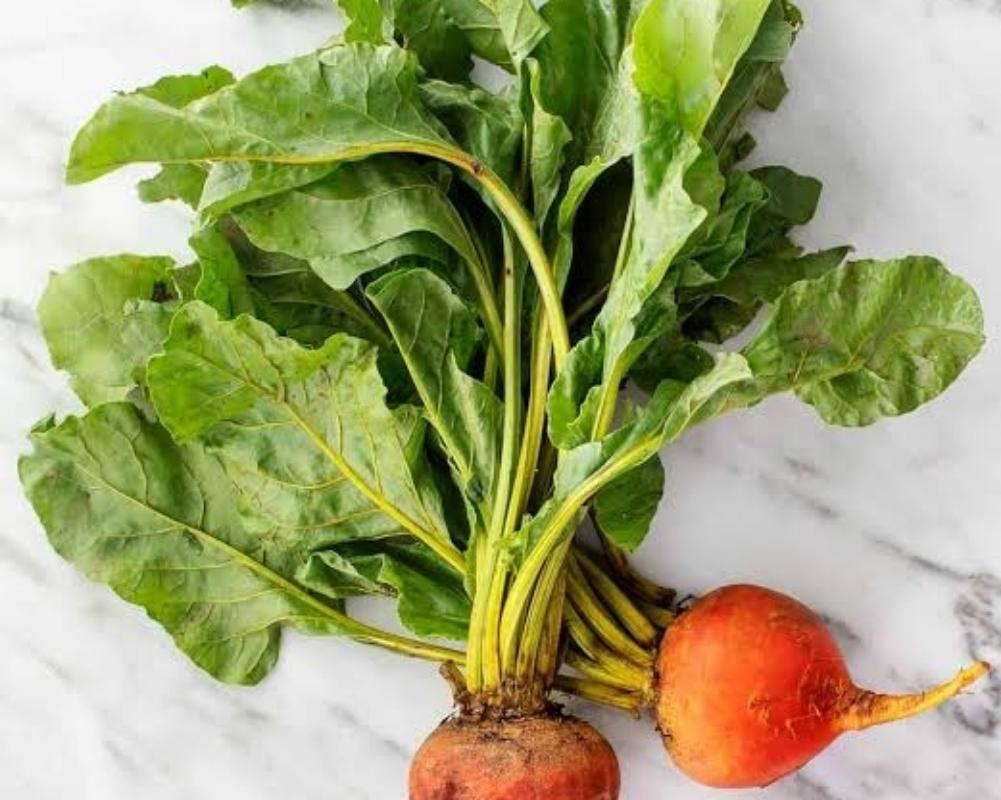 Beet greens are the leaves of beets, colorful root vegetables that grow in the ground. Beet greens are like spinach in texture and taste but have a more intense flavor. You can enjoy these leafy greens raw in salads or cooked like spinach, Swiss chard, or other leafy greens. But like Swiss chard, they’re high in oxalates, so it’s best to cook them to reduce their oxalate content.

Why are beet greens so nutrient-dense? With each bite, you get a healthy dose of vitamins A and C, but they also contain respectable quantities of minerals such as iron and zinc.

You may have noticed a trend. Leafy greens top the list of nutrient-dense foods per calorie. Another benefit of leafy greens is they’re high in natural nitrates, compounds that increase nitric oxide, a gas that helps open blood vessels. This enhances endothelial function, healthy blood vessel function that lowers blood pressure, and the risk of blood clots, another reason to add greens to your plate.

Veggies are good, but some are better.

Top 10 Superfoods of 2022, According to More Than 1,100 Registered Dietitians